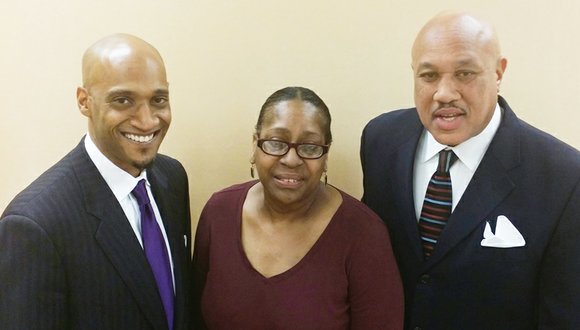 Did the Democratic Party of Virginia violate the U.S. Constitution and the federal Voting Rights Act in choosing its nominee to compete in a recent special election for a House of Delegates seat?

Yes, say three African-Americans, who are taking their case to federal court.

The trio allege the party trampled on their voting rights and those of thousands of Democrats like them in its zeal to eliminate Henrico Delegate Joseph D. “Joe” Morrissey as a nominee in the election he went on to win Jan. 13 as an independent.

According to their suit, the Democrats’ method of nomination intentionally excluded them and other African-American voters living in the majority-black 74th House of Delegates District, which includes Charles City County, 26 precincts in eastern Henrico County and a single precinct in Richmond’s North Side.

The lawsuit charges that the party, fearing such voters “might use their First Amendment rights to support a candidate the DPVA and other local party officials didn’t want to win the Democratic nomination,” imposed rules that “intentionally disenfranchised them all.”

The suit seeks to bar the party from ever using any procedure to “disenfranchise and discriminate” against African-Americans and other party members in the selection of its nominees, which the suit describes as “a critical element of the electoral process.”

The case, which is assigned to senior U.S. Judge Robert E. Payne, is one of the most significant involving voting rights in recent years in Virginia.

The suit also is a huge embarrassment for the DPVA, which has trumpeted its support for expanding voting rights and has blasted the rival Republican Party for imposing voter identification and other requirements that create barriers to voting.

So far, “no comment” has been the only response from the state party to the suit that also names Dwight C. Jones, the party’s chairman and mayor of Richmond, and Cathy Woodson, chairwoman of the 74th House District Committee. Because of the party-imposed restrictions, fewer than 50 people were allowed to participate in selecting a party nominee.

The suit was served Tuesday on the party’s attorney, Marc Elias, after the plaintiffs’ attorney, J. Paul Gregorio of the Innsbrook Law Group in Glen Allen, agreed to extend the party’s time to respond to March 20, according to Paul Goldman, Delegate Morrissey’s law partner and a former DPVA chairman who was involved in preparing the suit.

The case stems from the whirlwind of events that began with Delegate Morrissey being convicted Dec. 12 of contributing to the delinquency of a minor because of a sexual relationship with a 17-year-old receptionist in his law office.

In the wake of his conviction and amid calls from his Democratic colleagues to step down, Delegate Morrissey, then a Democrat, resigned the House seat he had held for seven years, triggering a special election. He then opted to run for the vacancy he had created.

Seeking to block Delegate Morrissey from gaining the Democratic nomination, the party’s district committee — with state party permission — allowed only Democratic committee members in good standing who live in the House district to participate, instead of opening the nomination process to the more than 35,000 eligible Democratic voters as the state party’s own plan requires.

Fewer than 50 people were eligible to participate, the DPVA later acknowledged, with about half from Charles City County and the rest from Henrico County. No one from Richmond qualified because none of the members of the Richmond Democratic Committee lives in the House district’s sole city precinct.

Delegate Morrissey defeated Mr. Sullivan and a Republican candidate in the Jan. 13 special election and now is serving in the legislature.

Mr. Lambert, 45, a lifelong Democrat and son of the late state Sen. Benjamin J. Lambert III, a longtime Richmond optometrist, said he is involved because voting rights are too important.

“I just saw the movie ‘Selma,’ and that really brings home what people went through to secure the right to vote,” said Mr. Lambert, who is working on his optician’s license. He lives in Henrico and said he plans to run for the Morrissey seat this year.

“I am in this suit because I’m outraged as a Democrat at this so-called process,” said Mr. Hill, 57, a law enforcement officer and Henrico resident. He said the DPVA’s action represents a direct attack on the right to vote.