HBCU athletes with Super Bowl past 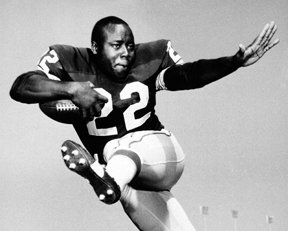 Athletes from historically black colleges don’t figure to make much noise in this year’s Super Bowl, but that wasn’t the case in the event’s early years.

In fact, the NFL in general and early Super Bowls in particular may have served to educate the public — black and white — about HBCU football.

A shining light in Super Bowl I in 1967, when Green Bay took on Kansas City, was Green Bay running back Elijah Pitts from obscure Philander Smith College in Little Rock, Ark.

Pitts scored two touchdowns in Green Bay’s victory as a fill-in for injured Paul Hornung, the 1956 Heisman Trophy winner out of Notre Dame. Notre Dame is a polar extreme of Philander Smith in terms of public recognition.

A key Packers defender — and future Hall of Famer — was Willie Davis out of Grambling.

When the Colts prevailed in Super Bowl V against Dallas in 1971, a starting offensive lineman for Baltimore was Cornelius Johnson, out of Virginia Union University, and defensive back Charlie Stukes (Maryland Eastern Shore).

As larger, majority-white colleges have opened their doors to African-American student-athletes, the impact of HBCU athletes on the NFL has nearly disappeared.