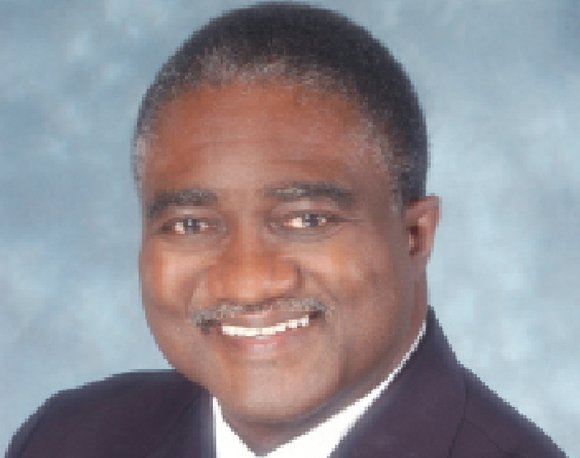 I have written about Bill O’Reilly, aka “Bill O’Racist,” and his proclivity to distort the facts when discussing African-Americans. Well, he’s at it again.

On one of his recent shows on Fox News, he asked, “Don’t you think most African-Americans know there are super predators among their ethnic group? Don’t they know it?”

Earlier this year, he said, Sen. Bernie Sanders “says he is a straight talker but not, not on this issue. Here’s the truth. African-Americans make up 13 percent of the total population in the U.S.A. but commit 37 percent of all murders. And 90 percent of black murder victims are killed by other blacks. You will never ever hear either Bernie Sanders or Hillary Clinton say that. Republican candidates will not likely point it out either because it’s politically incorrect. It’s much easier to decry racism than actually address the root causes of violent crime which are a corrosive culture and collapse of the traditional family.”

For the record, every racial and ethnic group has predators among its ranks, just as they have members who are positive forces.

In his rush to blame everything on “corrosive culture” and “collapse of the traditional family” among African-Americans, Bill O’Racist conveniently ignores some basic facts. He should have learned last November from Donald Trump’s re-tweeting an erroneous post that claimed 81 percent of white people are killed by black people. Not only was that fiction, the supposed source for the figure — “Crime Statistics Bureau — San Francisco”— did not exist.

As fact checkers pointed out at the time, only 15 percent of white people are killed by black people.

Clearly, there is no “corrosive culture” factor among African-Americans at play here.

A report, “Black Homicide Victimization in the United States: An Analysis of 2013 Homicide Data,” by the Washington-based Violence Policy Center provides further insight into black homicides.

The typical black homicide victim was 31-years-old; 7 percent were younger than 18 and 2 percent were 65 or older. Most victims — 87 percent — were male and 13 percent were female.

Moreover, 51 percent of the homicides grew out of an argument between the victim and the assailant. Approximately 15 percent were reported to be gang-related.

Instead of dwelling on Bill O’Reilly’s ignorant diatribe, the statistics should point us in a different direction if we want to reduce homicides in black America. First, there is the larger issue of gun control.

“Blacks in the United States are disproportionately affected by homicide. For the year 2013, blacks represented 13 percent of the nation’s population, yet accounted for 50 percent of all homicide victims,” the Violence Policy Center report stated. “… For black victims of homicide, like all victims of homicide, guns — usually handguns — are far and away the No. 1 murder tool. Successful efforts to reduce America’s black homicide toll, like America’s homicide toll as a whole, must put a focus on reducing access and exposure to firearms.”

Equally important, we most focus on young black males. That’s not to say we should ignore black females because we shouldn’t. But 87 percent of black homicide victims are male. No other group is close.

Teaching black men to resolve conflict nonviolently has to be a top priority if we are going to be successful. And this must start early in the life of boys.

There are many reasons to be concerned about homicide in black America. But Bill O’Racist and other right wing nuts totally miss the point.

The writer president and CEO of George Curry Media.