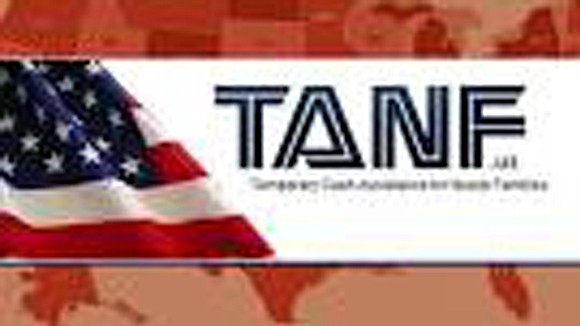 Virginia Republicans will seek to make the government program known as Temporary Aid to Needy Families, or TANF, even more temporary in the upcoming General Assembly session — potentially impacting tens of thousands of poor families in Richmond and other localities across the state.

Instead of the five-year limit on the welfare benefits that has been in place for nearly 20 years, legislation would be proposed to curb TANF benefits to a lifetime limit of two years under proposals House Majority Leader Kirk Cox and members of the Republican Caucus aired Tuesday at a State Capitol news conference.

“The legislation we will introduce will help rid our welfare system of waste, fraud and abuse,” said Delegate Steve Landes, R-Augusta, who outlined the attack he and his colleagues plan to lead on the federally funded program.

“Recent studies show that between 4 and 10 percent of welfare spending is either wasted or fraudulent,” he continued. “Waste and fraud in welfare robs the limited amount of resources we have to provide for the truly vulnerable and needy.

“By implementing common sense reforms, we can direct state resources to those who need it the most while protecting precious taxpayer resources,” Delegate Landes said.

In addition to slashing the number of years people could receive TANF, the Republican proposals also would reduce the cutoff period.

Currently, a mother of a newborn can receive two years of TANF assistance, then the benefits are cut off for at least two years and for as much as three years before they can be resumed.

TANF has been around since 1997. It was created under President Bill Clinton to reform previous welfare assistance known as Aid to Families with Dependent Children.

The stipends TANF provides are already small, too little for a family to live on. For example, a single parent with one child is eligible for $242 a month under the program. Those with two children can receive $323 a month.

The maximum monthly stipend under the Virginia program is $570 a month for a single parent with six or more children.

The proposals Delegate Landes said he and colleagues will introduce call for only eight months of payments before TANF is cut off for a year or more to force people to find employment. A recipient could receive benefits during two additional eight-month periods before TANF would end completely under the proposal.

Other proposals the GOP will push include a ban on disability advocacy groups from helping people to move from TANF to Social Security disability programs.

To cut down on fraud involving EBT cards — the debit card-style Electronic Benefits Transfer cards that have replaced paper food stamps — Delegate Landes said legislation would be introduce to require the cards to have a photograph of the head of household receiving the EBT card.

Republicans also plan to introduce legislation to codify TANF and food stamp eligibility requirements to prevent the governor and the executive branch from making changes in the future.