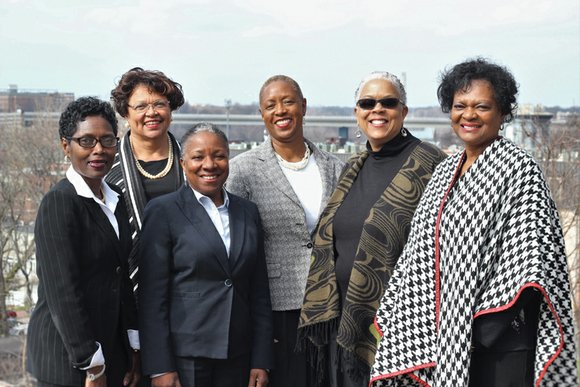 Twenty philanthropically minded women have come together to have a greater impact on giving in the Richmond community.

With their spirit and their dollars, they have created SisterFund, a giving circle dedicated to the empowerment of women and girls in the Greater Richmond areas.

Each member has pledged to contribute $1,100 annually to SisterFund, which plans to donate $20,000 in September to an area nonprofit organization that they determine best serves the giving circle’s goal to help African-American women and girls make “gains in education, workforce, leadership development and health.”

Members of SisterFund told the Free Press they will issue an announcement in early April seeking applications for funding from nonprofits.

“We talked about the idea of being able to leverage a small amount of resources to have a bigger community impact,” said Greta Harris, CEO and president of the Better Housing Coalition, who is a founding member of SisterFund.

With its debut, SisterFund joins other Richmond giving circles such as Ujima, an African-American men’s charitable giving group, and the all-women Impact 100 in helping to enrich the lives of others through collective giving.

SisterFund is working in partnership with The Community Foundation, which is providing guidance and administrative support, Ms. Harris said.

Serving in high-octane jobs, SisterFund’s six founding members are familiar with the needs in the Richmond community. In addition to Ms. Harris, the founders are Richmond City Councilwomen Cynthia I. Newbille and Ellen F. Robertson, Delegate Delores L. McQuinn, Evette Roots of the city’s Office of Community Wealth Building, and Veronica Fleming, executive director of the Partnership for Families.

“We’ve known and worked in the community over the years in various capacities,” said Ms. Newbille, who is chair of SisterFund.

“Our paths have often crossed in working in local government, nonprofits, health organizations and other areas. Some of us have met in the workplace. This is an incredible group of women that I feel honored to be associated with in such a worthwhile endeavor.”

Ms. Harris said the group would focus on “helping those in impoverished communities in the city. There are a lot of people in need and we hope to help as many as we can.”