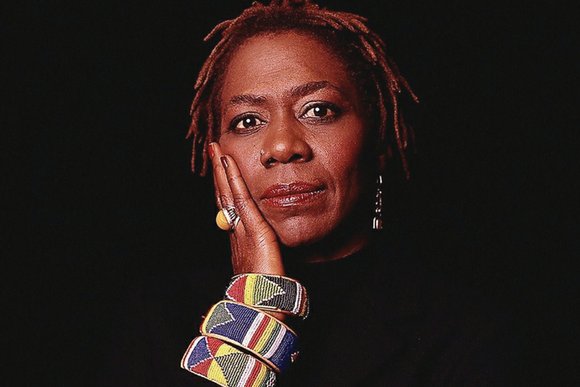 Afeni Shakur, the former Black Panther who inspired the work of her son, rap icon Tupac Shakur, and fostered his legacy for decades after he was slain, has died of an apparent heart attack, authorities said Tuesday. She was 69.

Responding to a 911 call to Ms. Shakur’s home in Sausalito, Calif., Monday night, deputies and firefighters performed CPR, rushed her to a hospital and tried to revive her for about an hour, but “she had in fact died from what is believed to be some kind of cardiac event,” Marin County Sheriff’s Lt. Doug Pittman said.

A statement from her family and the Tupac Shakur estate, Amaru Entertainment, mourned her loss.

“Afeni embodied strength, resilience, wisdom and love. She was a pioneer for social change and was committed to building a more peaceful world,” it read in part. “Her spirit will forever inspire all of those who had the honor and privilege of knowing her.”

Born Alice Faye Williams, Mrs. Shakur changed her name when she became politically active in the 1960s and joined the Black Panther movement. By 1971, she was pregnant and behind bars, accused of conspiring to bomb New York City landmarks.

She said the charges were brought after the Panthers took over a school to make a point about continuing to educate children during a teachers’ strike in 1968. All the charges ultimately were dismissed, and her son was born soon after she left jail.

As Afeni Shakur bounced from New York City to Baltimore to California, she became addicted to drugs and struggled as a single mother. Still, she managed to enroll Tupac in arts schools and other programs where he honed the musical and acting skills that would make him a hip-hop icon.

Tupac, in turn, revered his mother, praising her in his 1995 elegy, “Dear Mama,” a hit song many fans recalled Tuesday in tweets and posts.

Tupac died in a still-unsolved drive-by shooting in 1996, at age 25. Ms. Shakur focused on keeping her son’s legacy alive while managing his musical catalog.

She also served as executive producer on a film about Tupac Shakur’s life, “All Eyez on Me,” which is set to be released in the fall, with Demetrius Shipp Jr., playing her son.