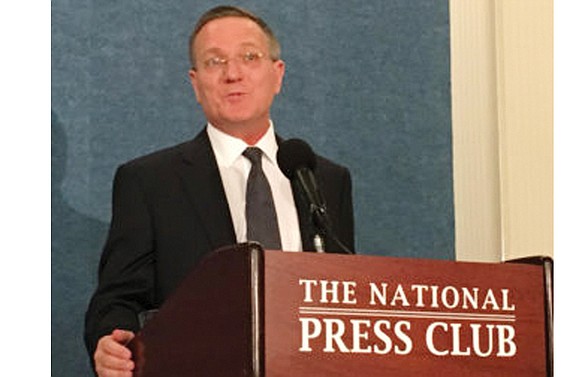 Religion is worth $1.2 trillion a year to the American economy, according to the first comprehensive study of the question.

“In perspective, that would make religion the 15th largest national economy in the world, ahead of 180 other countries in terms of value,” according to the study’s author, Brian J. Grim, president of the Religious Freedom and Business Foundation and an associate scholar at Georgetown University’s Religious Freedom Project.

“That would also make American religion larger than the global revenues of the top 10 tech companies, including Apple, Amazon and Google, or the combined annual revenue of the six largest American oil companies,” Dr. Grim said as he released the study Sept. 14 in a speech at the National Press Club in Washington.

Dr. Grim understands why the religious and nonreligious alike might look upon the exercise of valuing religion’s contribution to the economy skeptically.

To put a value on the work of the nation’s 344,000 religious congregations representing all faiths, Dr. Grim looked at the schools, the soup kitchens, the addiction recovery programs and other activities they run and the programs’ impacts on local economies.

He found that congregations and religiously oriented charity groups are responsible for 130,000 alcohol and drug abuse recovery programs; 94,000 programs to support veterans and their families; 26,000 programs to prevent HIV/AIDS and to support people living with the disease; and 121,000 programs to train and support the unemployed. They also operate more than 50,000 schools.

He also determined that churches, synagogues, mosques and other houses of worship employ hundreds of thousands of people and buy everything from flowers to computers to snow removal services.

He believes the $1.2 trillion figure he came up with is a “conservative” valuation of the annual work of religious organizations in American society.

Why crunch the numbers?

Dr. Grim believes it is good to know the impact religion has on the nation.

Dr. Grim also wants congregations and clergy — and the society that benefits from the charitable work— to appreciate the size of the contribution.

In a country where people often hear much more about the evils committed by religious people — from sex abuse scandals to genocide — it’s time for some “balance,” Dr. Grim said.

Even clergy often downplay the value of their work, said Ram Cnaan, director of the Program for Religion and Social Policy Research at the University of Pennsylvania.

Dr. Cnaan, who attended the National Press Club presentation to help Dr. Grim unveil his work, said the study would allow the religious to take pride in their contributions.

“This is a new day for the people who study congregations,” he said of Dr. Grim’s work, “The Socio-economic Contribution of Religion to American Society: An Empirical Analysis.”

“This is the beginning of a national debate — not if religion is important but how much it is important,” Dr. Cnaan said.

Dr. Grim said that secular organizations like the Red Cross and the Cancer Society and the host of other nonprofits certainly contribute generously to the social health of the nation.

Indeed, he said if the work of the religiously motivated did not exist, “I don’t think we would see all the good of society disappearing. However, I think it would be significantly less.”

William A. Galston, a Brookings Institution scholar and a former Clinton administration domestic policy adviser who writes on religion and society, called Dr. Grim’s estimate of $1.2 trillion “a sensible number.”

Dr. Grim’s paper, Dr. Galston said, can be used by religious organizations as “a credible calling card to get in the door” of policymakers who have too long undervalued their importance to society.