Number of felons whose voting rights have been restored by Gov. McAuliffe 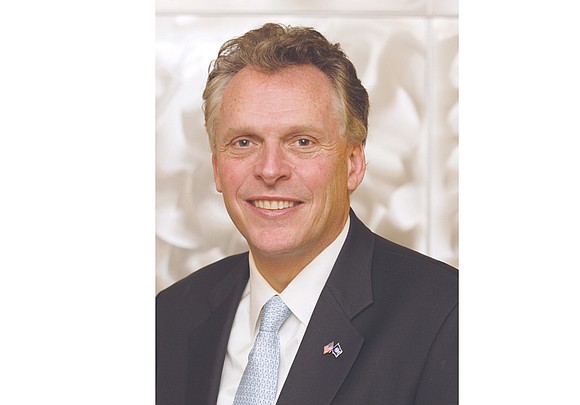 Gov. Terry McAuliffe has restored the voting rights of 152,694 ex-convicts since taking office.

That’s more people than the combined populations of Petersburg, Hopewell, Charlottesville and Danville, and enough to create the fifth largest city in the state.

And it outstrips all past governors since Colonial times.

Gov. McAuliffe proudly announced the historic number Wednesday as he launched a celebration of his administration’s efforts to help people with criminal records re-enter society.

Along with being able to vote, people whose rights have been restored can run for office, serve on juries and qualify to become a notary.

Most of the felons have had their rights restored since August 2016, although it is unknown how many have gone on to register to vote.

Since the 1830s, Virginia has stripped felons of their right to vote and other civil rights. Only the governor has the authority to restore rights. Since the end of the Civil War, the political impact of that has been felt most acutely in the African-American community.

Gov. McAuliffe has supported changing the Virginia Constitution to restore rights to those who have served their time, but such measures have routinely failed in the General Assembly.

A year ago, Gov. McAuliffe sought to go beyond past governors and restore felons’ voting rights en masse to felons who had completed prison terms, parole and probation for violent offenses. At the time, he pointed to documents showing that Virginia’s lifetime disenfranchisement for felons was instituted for the express purpose of stripping African-Americans of the vote.

Republican General Assembly leaders who believe restoration should be limited to those convicted of non-violent offenses went to the state Supreme Court, which blocked the governor’s blanket order. The court limited the governor to restoring rights on a case-by-case basis.

The secretary of the commonwealth’s office came up with a new procedure that abided by the court’s stricture, but speeded up the restoration process.

“This has been an uphill battle,” Gov. McAuliffe stated as he praised the “civil servants and community leaders who have worked tirelessly” to press for restoration for felons.

He stated that the faster process has helped to “open our democracy” and change the lives of men and women seeking “to re-enter society in search of a second chance.”