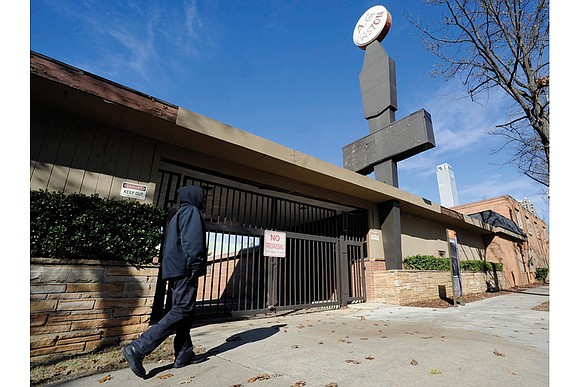 A woman walks past the abandoned A.G. Gaston Motel in Birmingham, Ala., that was home to a strategy “war room” for Dr. Martin Luther King Jr. in the 1960s. The hotel will be renovated as part of a civil rights monument that will join the National Park Service under a proclamation signed Jan. 12 by President Obama. Jay Reeves/Associated Press

“President Obama is taking new steps to promote diversity and inclusivity in our nation’s system of national parks, national forests, monuments and other public lands and waters,” a White House statement said, adding that the designations “will protect historic sites in Alabama and South Carolina that played an important role in American history stretching from the Civil War to the Civil Rights Movement.”

Designating the Birmingham Civil Rights National Monument is also aimed to protect the historic A.G. Gaston Motel, which served at one point as the headquarters for the civil rights campaign led by Dr. Martin Luther King Jr. that led to the passage of the Civil Rights Act of 1964. Dr. King worked with aides in an upstairs, two-room suite, known as the “war room,” during the spring of 1963. Their discussions led to weeks of protests, including marches that ended with police dogs and fire hoses being unleashed on children on downtown streets.

The room was gutted and the motel was abandoned long ago, but restoration work already is underway. Now owned by the City of Birmingham, the motel will be restored as part of a more than $10 million project.

The Birmingham monument also includes the Birmingham Civil Rights Institute, a museum, and the 16th Street Baptist Church, where four young black girls were killed when the church was bombed by Ku Klux Klan members in September 1963.

The Freedom Riders National Monument includes the Greyhound Bus Station in Anniston, about 60 miles east of Birmingham, where a racially integrated bus of Freedom Riders attempting to test desegregation was attacked by white people in the spring of 1961.

The White House said protection for the newly named national monuments will be strongly supported by the local communities, elected officials and a wide variety of stakeholders, including civil rights organizations, environmental justice groups and historic preservation groups.