Ben Jealous to run for gov. in Md. 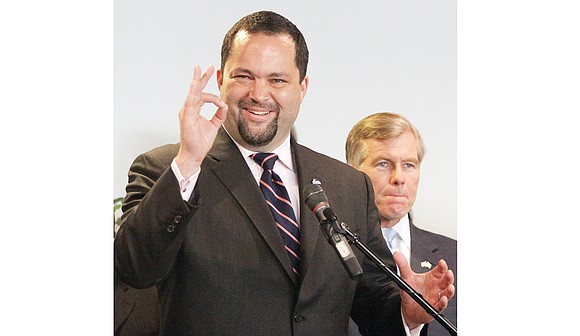 Perhaps recently best known as a surrogate for Democratic presidential candidate Sen. Bernie Sanders, Mr. Jealous confirmed this week that he is running for governor of Maryland. He cited his long record of civil rights activism and the diversity of the state of Maryland as being in his favor.

“When I was president of the NAACP, I learned just how quickly my neighbors here were prepared to move forward on civil rights. In one year, we abolished the death penalty, we passed marriage equality, we passed the Dream Act.

Mr. Jealous, 44, is entering a crowded field of seven other candidates poised to run in a Democratic primary to be held June 26, 2018. He believes disaffection for the scandal-laden Trump administration may cause Maryland voters to lean toward Democratic leadership after electing Republican Gov. Larry Hogan in November 2014. Gov. Hogan is eligible to run for re-election.

The key will be to excite the Democratic base to increase turnout at the polls. Mr. Jealous believes he has the record to do just that. Maryland has a 45 percent white voting age population, 45 percent African-American voting age population and 10 percent other races. Mr. Jealous believes his background and civil rights record could attract a following similar to the Rainbow Coalition that was amassed during the Rev. Jesse Jackson’s presidential campaign, for which Mr. Jealous also worked in 1988.

Mr. Jealous was born in Pacific Grove, Calif. His parents met in Baltimore. His father, Fred Jealous, helped integrate lunch counters in the South. His mother, Ann Jealous, worked with the Student Nonviolent Coordinating Committee in the 1960s. As a teenager, Mr. Jealous became steeped in civil rights and voting rights work and spent summers in Baltimore with his maternal grandparents.

He graduated from Columbia University with a bachelor’s degree in political science. He was named a Rhodes Scholar and earned a master’s in comparative social research from the University of Oxford.

Between 2000 and 2004, Mr. Jealous served as executive director of the National Newspaper Publishers Association, a coalition of more than 200 African-American owned newspapers. Earlier in his career, he’d worked as an editor for the historic Jackson Advocate newspaper in Mississippi.