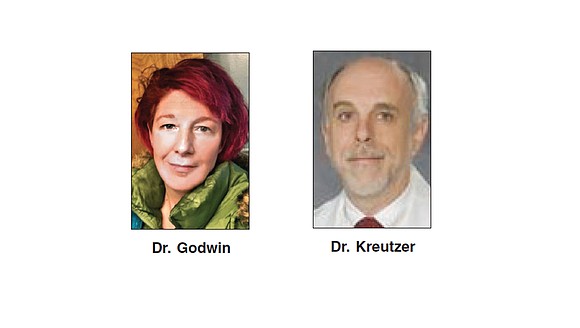 Virginia Commonwealth University is being accused of turning a blind eye for decades to complaints of sexual harassment, discrimination and retaliation involving a top clinical psychologist in its medical school, Dr. Jeffrey S. Kreutzer.

The highly embarrassing claim is contained in a lawsuit filed in Richmond Circuit Court by a disabled clinical psychologist who reported to Dr. Kreutzer.

According to the lawsuit that seeks $2.5 million in damages, at least nine female Ph.D.s quit because of the treatment Dr. Kreutzer meted out, including assistant and associate professors who reported to him.

The plaintiff in the lawsuit is Dr. Emilie Godwin, who once appeared to be a rising star as a clinical psychologist at VCU, according to the suit.

In just four years after she was first hired in 2009, she rose from a staff researcher to an instructor to an assistant professor while also building a counseling practice.

However, she alleges in the suit that after she rebuffed the sexual innuendo and what she believed were advances from Dr. Kreutzer, her star quickly faded.

By 2015, she claims she faced such a wave of hostility and discrimination from Dr. Kreutzer and a staff member who reported to him that she became physically ill and unable to continue working.

According to Dr. Godwin’s suit, VCU officials did nothing when she filed documented complaints about the hostile environment Dr. Kreutzer is alleged to have created.

Reached Tuesday, Dr. Kreutzer referred questions about the suit to VCU’s legal office, while a VCU spokesman declined to comment, citing the school’s policy of not commenting on pending litigation.

For more than 30 years, Dr. Kreutzer has been an influential figure in clinical psychology at VCU. Among other roles, he currently serves as director of neuropsychology and rehabilitation psychology in VCU’s medical school and hospitals.

Despite this alleged “pattern and practice” and the complaints from those involved, she alleges in the suit that VCU officials took no action against Dr. Kreutzer, nor sought to end his “unlawful hostility… discriminatory and harassing behavior based on sex and/or disability.”

In her suit, Dr. Godwin claims that VCU officials have been fully aware, citing a statement from Dr. Mary Wells, whom Dr. Godwin alleges left full-time employment as a clinical psychologist and as an assistant clinical professor at VCU as a “result of sex-based harassment, discrimination and retaliation” from Dr. Kreutzer.

According to the suit, Dr. Wells was told at her exit interview in 1993 “that Dr. Kreutzer’s misconduct towards women was well known and was not specific to her.”


The case has been brewing for some time.

Dr. Godwin, who is out on disability that she alleges is connected to the conditions she faced at VCU, filed the suit last October. However, Dr. Kreutzer and other parties only began being served this week, according to her attorneys, Colleen M. Quinn and Katie Kitts Dean of Locke & Quinn.

No trial date has been set.