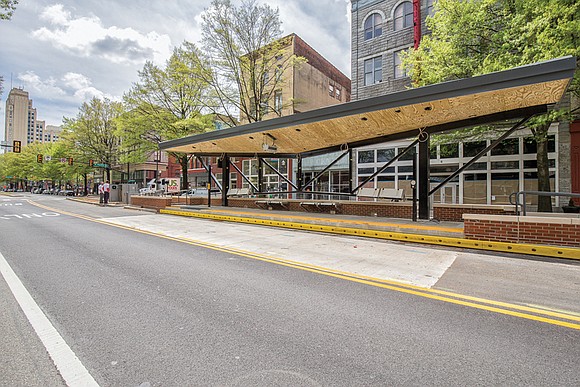 Richmond City Councilwoman Kim B. Gray has been getting an earful from restaurants and businesses along Broad Street that have seen customer numbers fall and revenues shrink during the 20-month construction of Pulse, GRTC’s new bus rapid transit system

Now she’s hoping the city will provide them some help with City Council’s unanimous approval of a resolution she sponsored.

Approved Monday night, the resolution calls on Mayor Levar M. Stoney’s administration to use about $280,000 set aside for Pulse operations to provide support for those businesses.

“It could go to small grants or marketing or other projects that could benefit the businesses that have born the brunt of this construction,” Ms. Gray said.

She said she had hoped the entire $770,000 City Council set aside in the current fiscal year to support Pulse operations be redirected because Pulse is not expected to start service until July 1. But she said she has been told about $390,000 has been spent.

“If the city will get moving on this, it would show businesses that their struggles have not gone unnoticed and that their efforts to continue operations is appreciated,” she said.

The council action came as GRTC prepared to begin a three-month test of Pulse after confirming construction is about complete. The Free Press reported earlier this month that construction was almost finished despite a denial from GRTC. Officials with the transportation company acknowledged last week that the Free Press report was accurate.

Last weekend, construction barrels that have disrupted traffic on Broad Street were removed. However, the testing has yet to begin.

Ms. Gray said that businesses can only hope that the future will be brighter.

“It wouldn’t have been so bad if the work had been completed last August when GRTC said it would. But it’s dragged on well past that,” she said.

“GRTC never told us or anyone else this project would take much longer until it was forced to. It still can’t get it right. The last we heard, the project was supposed to be done April 1 so testing could begin,” she said.

The impact of construction has been real. 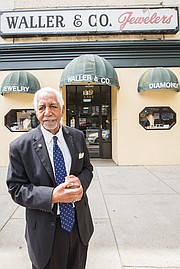 Richard Waller Jr. is hoping the family jewelry business can recover now that construction of the new bus rapid transit system is nearly done. Founded in 1900, Waller & Co. Jewelers is about the only jewelry store still operating in Downtown. Right, view of the new, virtually complete Pulse station at Adams and Broad streets, about two blocks west of Waller & Co. Jewelers. Service is expected to begin July 1, GRTC has indicated.

“I’ve seen the books,” Ms. Gray said, and “they verify what I’ve been told. On average, revenues are down 20 percent, and that’s a big hit. A lot of businesses are struggling to keep their doors open, and some have closed.”

That includes Ann’s Soul Food, 216 E. Broad St., which shut down after Pulse construction cut off sidewalk access to the 30-year-old business.

Richard Waller Jr., the third-generation owner and operator of Waller & Co. Jewelers at 19 E. Broad St., also is hoping better days are ahead now that construction is almost done.

The jewelry business is much tougher in the internet era, and Waller & Co. is believed to be the only jewelry store left in Downtown.

Mr. Waller said his company has felt the change and now relies heavily on jewelry repairs. His store has seen a sharp drop-off in walk-in trade, he said, and he blames the nearly two years of Pulse construction for keeping customers away.

He said during the construction, GRTC moved its buses off the stretch of Broad Street that includes his store, which meant a longer walk for some customers, who then stopped coming.

“We’re hoping to see some recovery once the buses start running again in this area,” Mr. Waller said.

“We’ve been here for more than 100 years, and a new generation is taking over. I’m hoping we’ll be here 100 years from now. We’ve gone through hard times before, but this definitely has been a rough period,” he said. “Maybe things will be getting back to normal now that the streets are no longer being blocked.”