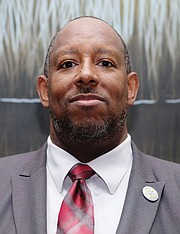 The Virginia State NAACP is reaffirming its opposition to Dominion Energy’s $6.5 billion Atlantic Coast Pipeline because it believes a key element of the pipeline — a natural gas compressor station —poses a pollution risk to a historically African-American community in Buckingham County, 75 miles west of Richmond.

The civil rights group restated that position in a letter to Gov. Ralph S. Northam ahead of a high-stakes meeting next week of the state Air Pollution Control Board. According to officials, the organization wants to put an end to any questions about its stance on the project after the group’s president issued a letter appearing to endorse the pipeline.

The Air Pollution Control Board, reduced from seven to four voting members because of actions by the governor and one member’s conflict of interest, is scheduled to meet Monday, Dec. 10, to consider approval for a permit for the crucial compressor station that Dominion Energy wants to build on land adjacent to the unincorporated Union Hill community that freedmen and former slaves established after the Civil War.

With residents of Union Hill divided over the project, the state NAACP previously joined environmental justice groups and others in urging that the compressor station permit be denied. A major concern is that a rupture in the line or a flaw in the compressor could send natural gas into the ground, polluting the groundwater of Union Hill residents.

Concerns also have focused on the noise the proposed 54,000-horsepower compressor would create in the rural area and the dangerous chemicals that it would spew into the air in compressing the fracked gas it would carry from West Virginia through Virginia to North Carolina.

Dominion has changed the Union Hill station’s design to include noise buffers and sound reduction.

Dominion chose the Union Hill location because it allows for an essential connection with the separate Transco natural gas line that has run through the area for decades and its proximity to main roads, U.S. 60 and U.S. 29. The Union Hill station would be largest of three compressor stations Dominion plans to build to transmit the gas along the 600-mile pipeline.

Expectations are that the Air Pollution Control Board will approve the permit after Gov. Northam removed two board members whose terms had expired and who had been most critical of the project.

Questions about the state NAACP’s position have been bubbling ahead of the air board’s meeting. The questions arose after the Rev. Kevin Chandler of South Boston, NAACP state president, issued a letter on the civil rights group’s letterhead suggesting that the NAACP could support the compressor.

In the Nov. 21 letter, Rev. Chandler stated that the NAACP “is satisfied with the progress and efforts Dominion Energy has made to work with the key stakeholders and residents of Union Hill.” He also praised Dominion’s commitment to spend $5.1 million to restore ambulance service to Union Hill, build a community center, document the community’s history and fund community development.

Dominion has offered to make that commitment a condition of receiving the permit, without which it could not continue to build the pipeline.

Dominion Energy spokesman Aaron Ruby denied that the company had written the initial letter that Rev. Chandler signed, even though the NAACP officer’s title is misstated as chairman of the state organization.

Mr. Ruby said the company learned about Rev. Chandler’s view and urged him to share his appreciation of Dominion’s work in a letter to Gov. Northam and to provide the company with a copy, which it began distributing last week at community meetings.

The letter created an uproar inside the NACCP after The Washington Post made it public. Members of the state NAACP executive board expressed concern because they said they knew nothing about the letter and because it appeared to shift the NAACP’s previous position on the project to one of support.

Under the NAACP constitution, the president does not have unilateral authority and needs approval of the executive board to issue a statement that alters the organization’s position. The board is authorized to act outside of the annual convention, where votes on policy are taken.

In a bid to end confusion, the state NAACP issued a new letter to Gov. Northam dated Nov. 30 restating its opposition to the pipeline project that included Rev. Chandler’s name as a signatory.

“To be clear, the Virginia State Conference of the NAACP continues to oppose both the compressor station and the pipeline and urges the Virginia Air Pollution Control Board to deny Dominion’s permit application.”

In his own statement, Mr. Ruby stated that Dominion “has a profound respect” for Union Hill. He noted that if the air board approves the permit, “we are going to be neighbors in Union Hill for decades to come, and we believe it is important to treat our neighbors with dignity and respect. That is why we have worked so hard over the last year to build trust, address concerns and invest in a better future for the community,” he stated.

But that has not satisfied the state NAACP board, which in the Nov. 30 letter stated that Dominion’s proposed $5.1 million investment in the Union Hill community does “not relieve Dominion Energy from the other demands previously presented to the state Department of Environmental Quality.”

The letter stated that the state NAACP “expects the review process will begin to seriously take into account the environmental injustices” that some Union Hill residents and the civil rights group have raised.