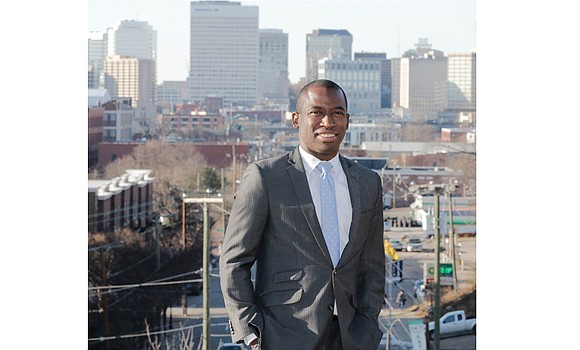 On July 1, people dining out in Richmond will pay an extra 1.5 percent in tax on their prepared meals.

The projected extra $9 million in annual tax revenue will be used to repay $150 million the city plans to borrow to build up to four new schools in Church Hill and South Side to replace aging and decaying buildings.

As anticipated, the Richmond City Council swept aside concerns from restaurant owners and theater operators that the higher tax would slow this booming section of the city’s economy and approved the meals tax hike on a 7-2 vote Monday night, handing Mayor Levar M. Stoney his biggest victory since taking office a year ago.

The vote to boost the local tax on meals capped the mayor’s whirlwind, three-week campaign that began Jan. 22 when he announced the proposal.

Although he did not attend the council meeting, Mayor Stoney started the meeting with at least five council members committed to approve the increase based on a test vote a week earlier.

However, the mayor continued to campaign for the tax in the days leading up to the vote and gained the backing of two more members, Parker C. Agelasto, 5th District, and Reva M. Trammell, 8th District, both of whom supported a 30-day delay last week.

The “no” votes came from Kim B. Gray, 2nd District, and Kristen N. Larson, 4th District, who, during their previous service on the School Board, created a plan for school improvement that ultimately went nowhere.

Ms. Gray blasted the plan to renovate and build new schools as “half-baked” because specifics on how the new tax money would be spent do not exist.

“This is taxation without preparation,” she said as she scolded her colleagues for refusing to take the time to consider where the money would go. “What is the rush?” she asked.

She said the mayor had broken his promise to only back a “fully vetted plan” that was to go through his Educational Compact and a community review.

Ms. Larson, who was rebuffed in a last-ditch effort to delay the vote, expressed disappointment that the council was giving up its role to “serve as a check and balance on the mayor.”

Based on the current city financial outlook and limited debt capacity, the new meals tax dollars could be the only money the city will spend to replace decrepit schools in the next five years.

Still, Mayor Stoney said the vote “sent a strong message to students that (the city) is no longer willing to kick the can down the road when it comes to providing them with modern, safe and healthy environments in which to learn.”

In his statement, he promised that Monday night’s vote was just “the first big step in what will be many more steps to improve our schools for our children.”

The mayor promoted the meals tax increase as the only option for increasing city revenue and also said the city functionally had used up its ability to borrow through 2023. He also has yet to offer plans to reduce city spending to free up additional funds for schools construction.

His 2018-19 city budget is due for release March 6, but any cuts would need to be used to help fund City Council’s already designated top priority — improving salaries for police officers and firefighters, which is expected to cost at least $12 million.

Based on the facilities plan the School Board approved in December, council members believe at least $120 million of the money to be raised by the meals tax hike would be used to build replacements for Greene and George Mason elementary schools and to provide a new Elkhardt-Thompson Middle School.

The remaining $30 million also could stretch to build a new Woodville Elementary and possibly fund renovation of Francis and Fairfield elementary schools.

With only $150 million — more than $30 million less than former Mayor Dwight C. Jones invested to develop four new schools during his tenure — the city and School Board would be hard-pressed to include the projected $80 million needed to build a replacement for increasingly overcrowded George Wythe High.

The worry for many is that the limited new funding virtually ensures that at least 30 other buildings in equally poor shape as those to be replaced would continue to go downhill.

Supporters of the meals tax acknowledged the city must up come with far more money to get the job done.

In the packed council chambers Monday night, people held up signs with the message “Vote Yes and Find the Rest.”

New city schools Superintendent Jason Kamras also made that point as he endorsed the meals tax increase, while pointedly telling the council he expects them to provide more money for construction.

He posted a photo of a bathroom at Binford Middle on Facebook to tout the need for the new money, even though Binford is far down the list of schools to receive any of the funding from the meals tax.

“Leaking toilets, bad plumbing, falling or missing tiles and mold in the walls” are among the problems the schools face, Mrs. McDowell said. “I wouldn’t want any child of mine to attend a school in that condition.”

Equally passionate foes called the increase in the meals tax a threat to the financial strength of the food, beverage and entertainment establishments that collect most of the meals tax revenue for the city.

They argued that the mayor’s plan targets them and requires no sacrifice from anyone else.

“It’s a burden for the restaurant industry that hasn’t been talked about,” a representative of the travel and hospital trade group said, pointing to the $1.3 million in credit card fees that restaurants must absorb to collect the tax from customers.

“We’re the only ones that are considered in this, and I would urge you to stop, pause and look at other opportunities to fully fund” the schools construction effort.

Currently, the only person proposing to shrink the city budget to raise funds to build more schools and to overhaul the borrowing rules council has put in place is Paul Goldman, leader of the Put Schools First campaign.

In a series of Facebook posts since last week, he has outlined 39 ways to cut the city budget to come up with an additional $12 million a year, which, he says, coupled with the meals tax increase, would pave the way for construction or renovation of 15 schools.

During the debate, Mr. Agelasto indicated that budget slashes are likely. He promised to propose slashing subsidies for the Main Street Station event center and the Washington pro football team’s training camp when council considers the budget. He also urged the council to end its blockade and back his proposal to impose an 80-cent city tax on cigarettes to provide additional new revenue.

The issue generated a marathon debate Monday night. The council spent two hours hearing from more than 30 people on both sides of the issue and then spent nearly as long debating the issue.

The vote means the total sales tax on prepared food in Richmond will rise to 12.8 percent. That includes a 5.3 state sales tax and a 7.5 percent city meals tax.

Meanwhile, the General Assembly is pushing ahead to change Richmond’s charter to incorporate language from the referendum Mr. Goldman spearheaded that won support from Richmond voters in November.

That referendum calls on Mayor Stoney to deliver a fully funded plan to renovate or replace all of the city’s decrepit school buildings. The mayor did not support the referendum that would require him to produce a plan without a tax increase or explain why he could not.

The issue passed the Senate 40-0 just before the council voted on the meals tax increase and is now being considered by the House.