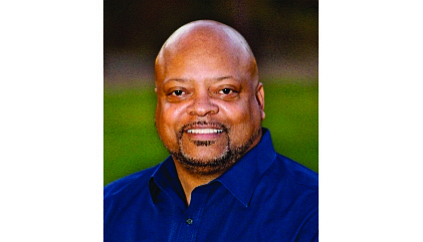 The Confederate names on three Petersburg public schools are coming down.

The Petersburg School Board voted unanimously on Feb. 7 to rename the schools following a series of public meetings, a public hearing and survey of Petersburg teachers, students, families, school employees and the public.

According to the School Board’s online survey, naming the schools after the community or streets where they are located were by far the most popular suggestions by respondents.

Officials said 70 percent of the survey’s respondents favored eliminating the names of the Confederate generals from the schools. Only 30 percent were opposed to renaming them.

The student population in Petersburg Public Schools is about 80 percent African-American.

“The board priority was to be transparent and allow the community to have a voice in the process,” School Board Chairman Kenneth Pritchett said. “When the data was presented, the top names given by the community were the ones we went with.”

The estimated cost for signs and others items associated with renaming all three schools is $18,135, officials said.

To date, the school system has received two donations totaling $20,500 to cover the cost and an additional $700 has been pledged. A donor in Henrico County gave $20,000.

“We were amazed by the donations from individuals inside and outside of the community,” Mr. Pritchett said. “We are appreciative of their generosity.”

Efforts are underway in Hanover County to possibly change the name of Lee-Davis High School and Stonewall Jackson Middle School, which are named for Confederates.

In Richmond, the city School Board has been discussing the process for changing the name of J.E.B. Stuart Elementary.

The board “will share plans with the public soon to ensure their input,” said Richmond Public Schools spokeswoman Kenita Bowers.

“It is important that our schools are reflective of and represent a positive, all-inclusive learning environment for all students. This includes the name of the school,” she said.

Several Petersburg residents said that changing the schools’ names will not change students’ academic performance or accreditation of schools.

Like Richmond, the Petersburg school system also is facing a crumbling infrastructure with aging buildings and declining city resources to address the problems.

“We want the residents to be equally as excited and have the same level of participation when we go into the budgeting process for the schools,” Mr. Lundy said. “I don’t think the city really knows where they are financially. And I don’t think they can sort out the issues like they did in Richmond. Our financial situation is not clear enough right now.”

However, Mr. Pritchett suggested the next step for the board is work with Petersburg Schools Superintendent Marcus J. Newsome and City Manager Aretha R. Ferrell-Benavides to explain overall needs and present a five-year, capital improvement plan.

“With the city’s present financial situation, the administration will have to do something because there are schools in dire need of repair,” Mr. Pritchett said. “We have schools like Walnut Hill Elementary School and Westview Early Childhood Education Center that are actually leaking and teachers are putting buckets on the floor to catch water. Leaks can cause mold and mildew, which is dangerous for students and teachers alike.

“We are asking our citizens to support the School Board and be equally engaged as we move forward to get our schools fixed and repaired so that our children and our teachers can work in an environment that is comfortable for them to learn and work.”