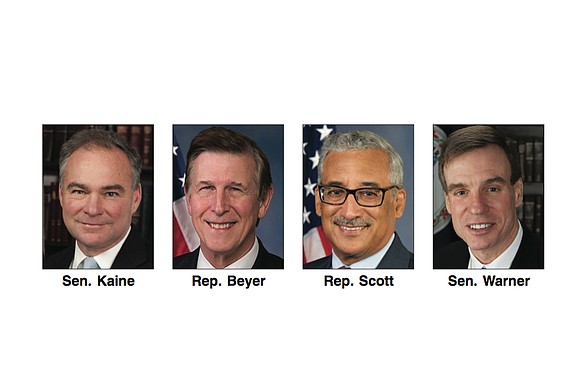 In late August 1619, a storm-tossed English warship flying a Dutch flag stopped at one of the earliest English settlements in Virginia and changed the future of America and the world.

In exchange for supplies, the crew of the White Lion traded “20 and odd” Africans seized from a Portuguese slave ship to the settlers at Old Point Comfort, the future site of Fort Monroe and the city of Hampton, according to the National Park Service.

Nearly 400 years later, that arrival is regarded as the first seed in the creation of a mixed African and English culture that would affect everything from food to music to politics in big and small ways. It also would create a system of bondage and oppression leading to the Civil War, which would nearly tear the country apart and create a long-running fight over citizenship, justice and equality that continues to this day.

Ahead of the four-century anniversary of that momentous time, Congress has created a National Park Service commission to “recognize and highlight the resilience and contributions” of Africans and African-Americans during the past 400 years.

Already approved in the U.S. House of Representatives, the legislation for the 400 Years of African-American History Commission passed the Senate last week, and is now headed to President Trump’s desk to the delight of the sponsors, including U.S. Sens. Tim Kaine and Mark R. Warner and Congressmen Robert C. “Bobby” Scott, D-3rd, and Donald S. “Don” Beyer, D-8th, of Virginia.

“We all felt it was equally important to mark the 400th anniversary of the arrival of the first Africans,” said Sen. Kaine, who led the effort to win passage.

The commission’s role, he said, would be to tell the African-American story from then to now, a story “of achievement and beauty, of poets and presidents, of pain and degradation, of triumph over adversity and, sometimes, of adversity following triumph.

“We are doing a better job of telling that story. Witness the Smithsonian’s National Museum of African American History and Culture,” he said. “The commemoration of 1619 will be another opportunity to tell the story.”

Sen. Kaine acknowledged that the commission, itself, once appointed would have to work fast as only a year remains until the anniversary. The commission also will have to fundraise as both the House and Senate declined to approve any money to support the work, leaving the National Park Service to cover the cost out of its current funding or from private donations.

Still, he hopes that what emerges from the National Park Service and the commission will “enrich our understanding of who we are as a country.”

Sen. Warner sees the commission as a playing a role in spreading information on the role African-Americans have played “in shaping our nation.” He hopes the commission will focus attention on the “the lessons in racial diversity and inclusion we have learned and lessons we will need to learn.”

“The history of Virginia and our nation cannot be fully understood or appreciated without learning about the first Africans who arrived at Point Comfort,” Rep. Scott said.

He said he is counting on the commission to plan, develop and implement a series of programs and activities throughout 2019 in partnership with Virginia and other states to give more attention to the role of African-Americans in the development of the nation.