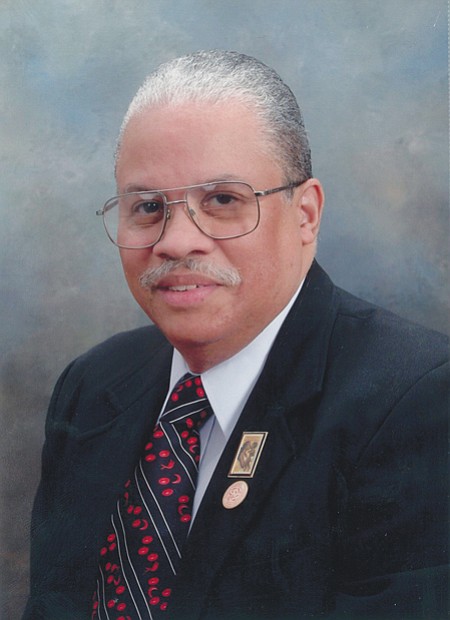 George H. Carter appears to have won his fight to ensure that people like himself who suffer from sickle cell disease can get the high dosages of opioids needed to control the excruciating pain.

On June 15, Gov. Ralph S. Northam approved a regulation to make a change that Mr. Carter pushed as administrator and chief lobbyist for the nonprofit Sickle Cell – Virginia, the umbrella statewide organization with chapters in Richmond and other localities.

The regulation change will allow physicians to provide those with the niche genetic blood disease with far higher levels of opioids without being forced to justify the treatment as is now required when such potentially addictive drugs are prescribed to those in pain.

That would be a big change for the estimated 4,000 Virginians, mostly African-Americans, who live with sickle cell, which creates red blood cells that are rigid, less durable and crescent-shaped and can block blood vessels and the flow of oxygen, creating painful episodes.

The governor’s action endorses the state Board of Medicine’s 12-6 vote in February to add sickle cell disease to the short list of exemptions from the tough, 15-month-old emergency regulations governing the prescribing of opioids.

Prior to the change, the only exemptions from the regulations were for people being treated for cancer or those diagnosed with terminal conditions and in hospice or palliative care.

The change is now subject to public comment along with the rest of the final regulations regarding opioid prescription, according to William Harp, executive director of the state Board of Medicine. “If the regulations are not suspended by comment, then they will become effective Wednesday, Aug. 8,” Mr. Harp stated.

Mr. Carter, a retired City of Richmond senior procurement officer, cannot wait for that to happen.

The 72-year-old Richmond area resident has needed time and patience to get sickle cell disease recognized this way.

He had no success at the General Assembly, he said. Members of the Virginia Legislative Black Caucus refused to champion the cause of sickle cell sufferers. Mr. Carter said that one delegate even refused to meet with him about the issue.

The Free Press also did not receive return calls or emails from two Caucus members, Delegate Lashrecse Aird of Petersburg and Delegate Marcia Price of Newport News, who serve on the committee that addresses opioids.

Mr. Carter refused to give up and took his case to the state Board of Medicine, along with other advocates from Sickle Cell-Virginia and from supportive physicians.

“If you haven’t experienced the pain, you just cannot imagine what it is like,” said Mr. Carter, who said he endures episodes at least two or three times a year.

Sickle cell disease pain is widely considered unique because it often begins in the first year of life and continues through adulthood, often growing in intensity as people age, according to researchers.

Some patients describe sickle cell pain as the worst pain one can suffer — far worse than postoperative pain and at least as intense as cancer pain. It is a leading cause of emergency room visits and hospitalizations among sickle cell patients, and the frequency of admissions for pain is a strong predictor of premature death, according to researchers.

Two women who testified before the Board of Medicine told of the problems they faced when they had to rush their children who have the disease to the hospital since the regulations went into effect.

They said doctors would limit the dosage of opioids that were delivered and point to the regulations as justification even when the children continued to scream in pain. “There was just no way to comfort them,” one mother testified. “Regulations should not get in the way of good care.”

Mr. Carter said his longtime physician, refusing to get entangled with the new regulations, referred him to another doctor to handle the prescription of pain medication. “He (my doctor) just didn’t want to deal with everything that now goes with prescribing opioids,” Mr. Carter said.

He said his experience has turned out to be all too common for sickle cell sufferers, who require chronic treatment of pain. Some need to take opioids on a daily or weekly basis because of their condition, he said, while others, like himself, who have fewer episodes, can deal with the pain mostly with less dangerous pain medications.

“We are not talking about people getting addicted,” he said. He said there is little evidence that people with sickle cell who take opioids during a pain crisis become addicts.

“I don’t take them unless I need them,’ he said, and “that’s true of others.”

Wally Smith, M.D., a professor of sickle cell disease at Virginia Commonwealth University, agrees that exempting sickle cell patients from opioid restrictions is the right thing to do.

He has treated thousands of sickle cell patients over the years, often with opioids.

“Contrary to popular belief, most patients with sickle cell disease who are on opioid painkillers don’t become addicts,” he said. “It is these patients who are hurt by the well-meaning war on opioids.”

Dr. Smith noted that the estimated prevalence of opioid addiction in the sickle cell population is about 10 percent or about the same level as the average opioid addiction rate among most chronic pain sufferers in the United States.

Nevertheless, physicians fear that being blamed for opioid addiction and overdoses has led a growing number of doctors to withhold these powerful drugs from sickle cell patients. Dr. Smith has a special term for it: Opio-phobia.

“There was physician opio-phobia before the current opioid epidemic,” he said. “The current epidemic has hyped that to new levels.”

The regulatory change could help prevent people with the disease from facing cutoffs from the medication that is effective against severe sickle cell pain, he said.

It could also keep some patients from ending up in emergency rooms when they are having a severe pain crisis, Dr. Smith said, and from being stigmatized as engaging in drug-seeking behaviors.

“Long-term therapy with opioids can be safe and effective for sickle cell pain,” Dr. Smith said, adding that the regulatory change recognizes that.