Richmond Circuit Court Judge Joi Jeter Taylor will determine next week if Richmond voters will have a say on the proposed $1.5 billion Coliseum project that Mayor Levar M. Stoney is asking Richmond City Council to approve.

Judge Taylor has scheduled a hearing for 11:30 a.m. Thursday, Aug. 15, to determine if sufficient signatures were collected from registered voters to put the Coliseum issue on the Nov. 5 ballot in Richmond. 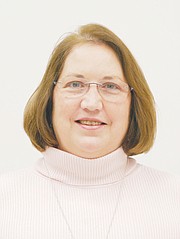 Ms. Showalter has said she would tell the court if the required 10,341 signatures were collected to put the referendum on the ballot.

The nonbinding referendum, created by Mr. Goldman and titled “Choosing Children over Costly Coliseums,” is aimed at undermining the financial foundation of the Coliseum replacement plan, which largely calls for using the increase in real estate taxes from 80 blocks of Downtown to repay loans to build the proposed $235 million arena.

Under the proposal, the city is planning to use TIF or tax increment financing, or the growth in revenues above the current level in an 80-block district of Downtown, to finance the new Coliseum. Any money collected would be used for that purpose. 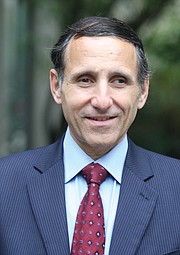 The referendum Mr. Goldman wants to put on the ballot would require the city to put 51 percent of any money collected in a TIF District into a fund for building new schools or renovating the city’s decrepit school buildings.

During next week’s hearing, Judge Taylor also could hear from 7th District School Board member Cheryl L. Burke of Church Hill and the Rev. Orrin K. Pullings Sr., pastor of the United Nations Church Inter- national in South Side, who are seeking to intervene and block the November referendum. The two are represented by the Sands Anderson law firm, which filed Aug. 1 in seeking to present opposition.

They are the only objectors. On Monday, a majority of City Council members declined to support a request to authorize City Attorney Allen L. Jackson to take legal action to block the referendum.

Mayor Stoney previously was advised that he was not legally able to block the referendum, which he has publicly called “a political stunt.”

Mr. Goldman said Monday he believes Ms. Burke and Rev. Pullings do not meet the legal requirements to take part in the legal proceeding and will oppose their participation.