Reflecting on past, realizing the present starts Aug. 22

In August 1619, more than 20 Africans landed at Point Comfort, the present-day Fort Monroe in Hampton.

According to the early documents, they had been captured from a Portuguese slave ship, put aboard the “White Lion,” an English ship, and then traded for food at Virginia’s Point Comfort. The colonial governor and a merchant traded for them.

That, essentially, was the beginning of the slave trade in English North America.

This weekend, thousands of people are expected in Hampton Roads to commemorate the 400th anniversary of “African Landing Day.”

The four-day commemoration, which begins Thursday, Aug. 22, will include a host of special guests and a variety of history tours, education programs, musical performances, ceremonies and special exhibits organized by American Evolution, the Fort Monroe Authority, Fort Monroe National Monument and the City of Hampton.

“One of the objectives we want to achieve is to correct history,” said retired Lt. Col. Claude Vann, the Hampton 2019 Commission co-chair.

“I think history has done the African-American a disservice because we have never been told what our real history was. For the folks here at Hampton, particularly, we were taught that the first African landed in Jamestown. Well, that’s incorrect,” Lt. Col. Vann said.

The place where the first “20 and odd Negroes” landed was Point Comfort, on a peninsula that extends out into the Chesapeake Bay. To get to it, you have to cross a bridge over a moat. On the other side is the largest stone fort in America — Fort Monroe — encompassing 565 acres.

“The city saw the importance of this commemoration early on and they created a commission within the city for it,” said Luci Cochran, the executive director of the Hampton History Museum.

“This is a history that so many people are not aware of and we want people to understand that the landing of the first African is a thread that shaped everything,” she said. “It shaped our country and it continues to affect our country today.” 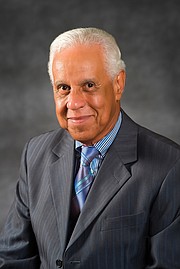 The commemoration begins at 12:30 p.m. Thursday, Aug. 22, with “Africa to America: The Odyssey of Slavery” town hall at Norfolk State University’s Brown Hall with history professors and experts from across the country. 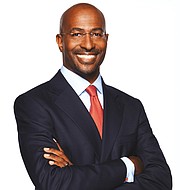 The ceremony will feature African drumming, the I.C. Norcom High School Choir from Portsmouth and will open a day of events, including youth performances, storytelling, tours and living history exhibits, spoken word performances and musical performances. 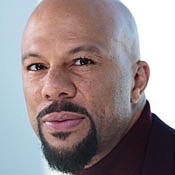 At 6:30 p.m. the free First African Landing Concert will take place at the Hampton Coliseum, featuring Common and Sounds of Blackness.

Healing Day 2019 will take place beginning at 1:30 p.m. Sunday, Aug. 25, with a panel discussion at the Fort Monroe Theater sponsored by the National Park Service.

A ceremony at Continental Park at Fort Monroe starts at 2:30 p.m. with a libation ceremony, blessing of the land, a tribute to the ancestors with a release of 400 butterflies, and Ghanaian drumming. Bells will ring at Fort Monroe and across the country for 4 minutes beginning at 3 p.m. 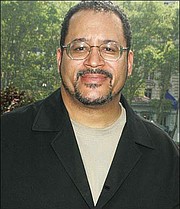 A keynote address will be given during a program at 3:45 p.m. by Dr. Michael Eric Dyson, an author, radio host and professor at Georgetown University, followed by a gospel concert featuring recording artist Damien Sneed, the 4 Him Gospel Quartet and the First Baptist Church Choir of Hampton.

“From a historian’s perspective, we hope people will take away that all of this wasn’t an accident,” said Beth Austin of the Hampton History Museum. “It happened in a global context both in terms of the wider Atlantic world in 1619 and it had enormous global impact. The slave trade and the practice of slavery in America impacted the New World and Africa and it’s had a very long-term and profound legacy.”