Votes and laws, not thoughts and prayers’ 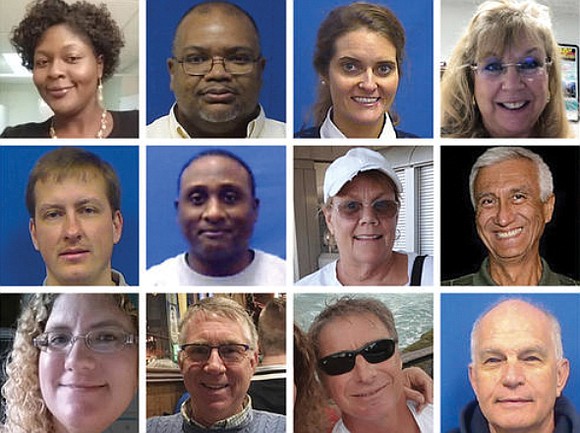 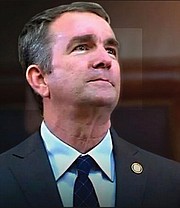 Gov. Ralph S. Northam is summoning lawmakers back to the state Capitol for a special legislative session to consider gun-control legislation, saying last Friday’s mass shooting in Virginia Beach calls for “votes and laws, not thoughts and prayers.”

Gov. Northam said Tuesday that he wants every state lawmaker go on record for or against his proposals during the special session this summer, rather than let leaders shield them from tough votes by killing measures in subcommittees.

“I ask that the members of the General Assembly engage in an open and transparent debate and that the bills brought before the legislature are put to a vote by the entire General Assembly,” Gov. Northam said at a news conference, where he was accompanied by Lt. Gov. Justin E. Fairfax, Attorney General Mark R. Herring and other elected officials, state workers and gun control advocates and given a standing ovation. “The nation will be watching.”

Among the proposals he will seek are universal background checks before gun purchases, limiting purchases to one handgun per month and a so-called red flag bill that would allow authorities to temporarily seize someone’s guns if they are a shown to be threat to themselves or others.

“It is wrong that we now view these mass shootings as the new normal,” Gov. Northam said. “It is past time to change.”

He said he had previously asked the General Assembly for a number of tighter gun restrictions, but lawmakers repeatedly rejected his requests.

The Virginia Beach tragedy “must instill in us a new urgency to act,” he said. “If we can save one life because we acted now, it is worth it.”

DeWayne Craddock, a 40-year-old civil engineer who worked for the City of Virginia Beach for 15 years, used two semiautomatic handguns to kill 12 people last Friday in the nation’s deadliest mass shooting of the year. The fatal scene unfolded around 4 p.m. when the gunman shot the first victim outside Building 2, a three-story brick structure at the Virginia Beach Municipal Center where he worked with nearly 400 city employees.

Police say the shooter attached a suppressor, also known as a silencer, to the .45-caliber handgun that he fired on three floors of the building where he worked. Authorities found a silencer on one of the weapons and extended ammunition magazines.

Virginia is among 42 states that allow residents to purchase and possess suppressors, though some cities – including Virginia Beach – prohibit them. 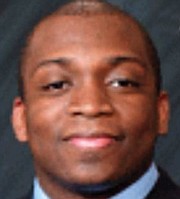 After an intense gunbattle with police, Mr. Craddock was mortally wounded.

Four other people remained in critical condition after what authorities said were multiple surgeries since last Friday. Three were at Sentara Virginia Beach General Hospital, a 273-bed acute care facility where Richmond native Elwood B. “Bernie” Boone III is president.

Gov. Northam traveled to Virginia Beach hours after the shooting, comforting survivors and helping coordinate the crisis response. He also spoke with President Trump and lobbied at a news conference last week for tighter gun controls.

Authorities said Mr. Craddock had legally purchased the handguns in 2016 and 2018, but have not said how he got a suppressor. They are still searching for clues into what triggered his actions. Authorities said he submitted a letter of resignation via email just hours before the shooting, writing that he was giving a two-week notice based on “personal reasons.”

“It has been a pleasure to serve the City, but due to personal reasons I must relieve my position,” he stated in the letter released by city officials.

City Manager Dave Hansen said Mr. Craddock was in “good standing” and had no ongoing discipline issues, nor was he forced to resign.

In an interview with the Associated Press ahead of Tuesday’s announcement, Gov. Northam, a physician and Democrat, said he wants the Republican-controlled legislature to hear from the public about the need for “common-sense” laws. A top GOP lawmaker signaled Monday that he’s open to a legislative debate, but doesn’t expect Gov. Northam’s bills to pass.

Speaking to a standing ovation at Tuesday’s news conference, the governor said the massacre in Virginia Beach demands that lawmakers put saving lives before party doctrine.

“Our first responders knew what to do. They rushed to the sound of the gunfire. They responded in less than two minutes to the shooting. Our first responders acted to save lives, and indeed, they did save lives. Now, I’m calling on the elected officials of this commonwealth to become second responders. Your duty is clear: Rush to the scene and put a stop to this violence,” he said.

“Show Virginians that it doesn’t matter what party you are in, we all our Virginians first, and we care about the safety and security of every Virginian, no matter who they are or where they live,” he added.

Several of Gov. Northam’s proposals directly relate to last Friday’s shooting, such as a ban on silencers and high capacity ammunition magazines, as well as broadening the ability of local governments to limit guns in city buildings. But he said other recent shootings, including the death the Memorial Holiday Weekend of 9-year-old Markiya Dickson of Chesterfield, who was shot at a community cookout in Richmond, are also driving his call for a special session.

“It’s an emergency here in Virginia, and it’s time to take action,” Gov. Northam told the AP. “Every one of these pieces of legislation will save lives.”

Most of the legislation already proposed by Gov. Northam and other Democrats has failed in Virginia, where Republicans hold slim majorities in the House and Senate. This is a closely watched election year in the state, when all 140 legislative seats are up for grabs.

Virginia law doesn’t give a governor any say in how a special session is conducted. While GOP Senate Majority Leader Tommy Norment indicated Monday that there’s some willingness to debate whether to ban large-capacity magazines, according to the Virginia Gazette, he told gun control advocates outside his office on Monday that “nothing would have helped us in Virginia Beach.”

Delegate Kirk Cox, speaker of the House of Delegates, however, deemed Gov. Northam’s call for a special session “hasty and suspect” and “more likely to inflame political tensions than produce substantive public policy changes that will keep people safe.”

He added that although the governor can call a special session, he has no authority to specify what the General Assembly considers or how it does its work. He said the GOP intends to “use that time to take productive steps to address gun violence by holding criminals accountable” with stiffer penalties for those who use firearms to commit crimes, including mandatory minimum sentences.