Stand by your plan 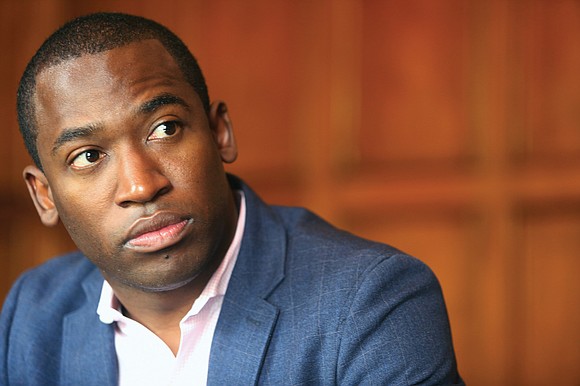 Mayor Levar M. Stoney announced this week that he will hold four community meetings to make his case for tax increases, take questions and listen to comments.

Here is the planned schedule:

Mayor Levar M. Stoney plans to take his case for tax hikes to Richmond residents in coming weeks, even as his plan draws resistance and foes express gratitude to one of his outspoken opponents, 8th District City Councilwoman Reva M. Trammell, by showering her with bouquets of flowers.

Convinced that the city has no choice if it is to make progress, Mayor Stoney said he knows “I’ll take some hits.”

But he said he’s prepared for criticism if that is what it takes to boost the city’s revenue so it can work on getting streets in shape and get busy creating a public education system in which most students, not just 60 percent, learn to read, write, handle arithmetic and are prepared for careers and college.

Mayor Stoney also said the city must start providing better pay for its employees if it is to continue to attract qualified people in explaining why his plan includes a 3 percent pay raise for city workers.

The mayor has scheduled four community sessions — one in each quadrant of the city — in coming weeks where he plans to discuss the budget and get an earful from citizens about how they see things.

The mayor visited the Free Press on Monday to pitch his budget even as council members gathered a few blocks away to begin their review of the amended 2019-20 budget, which calls for a 9 cent increase in the property tax and imposition of a 50-cent-a-pack cigarette tax.

But the big focus is on two buckets, the general fund, into which taxes flow and which the mayor proposes to grow to $757 million in the fiscal year that will begin July 1. The other bucket is the capital budget that outlines city borrowing plans for parks, roads, buildings and other infrastructure.

Behind the scenes, council members are getting untold numbers of emails and social media posts of opposition to the tax hike, and it appears the mayor would lose if the vote were taken at this point.

While some council members are still holding fire, only one member, 9th District Councilman Michael J. Jones, has jumped on board. He has called the mayor’s plan to raise the property tax rate and impose a cigarette tax the only plan on the table to address “our horrible streets” and “our deplorable schools.”

1st District Councilman Andreas D. Addison also is opposed at this time. He has said that City Hall first must tighten its belt and pursue other options to address the budget priorities before increasing taxes.

However, both inside and outside of City Hall, the mayor’s tax increase was viewed as being connected to his expected bid for re-election.

Including members of City Council, there is skepticism about pumping more money into Richmond Public Schools, which already has one of the biggest local education budgets in the state. They view the schools’ strategic plan, Dreams4RVA, which has been touted by the School Board and Superintendent Jason Kamras, as nebulous and lacking any timelines or benchmarks for achieving results.

At the same time, there are concerns that the real reason for the tax increase is to ensure the mayor has revenue to pay for replacing the Richmond Coliseum, even though the plan for doing so has been put on hold. In his meeting with the Free Press, Mayor Stoney denied there is any connection between his budget proposal and the Downtown redevelopment plan.

The mayor has rejected the idea of job cuts, saying city government is short-handed. And no one on City Council has advanced a plan to shift currently budgeted funds to other needs.