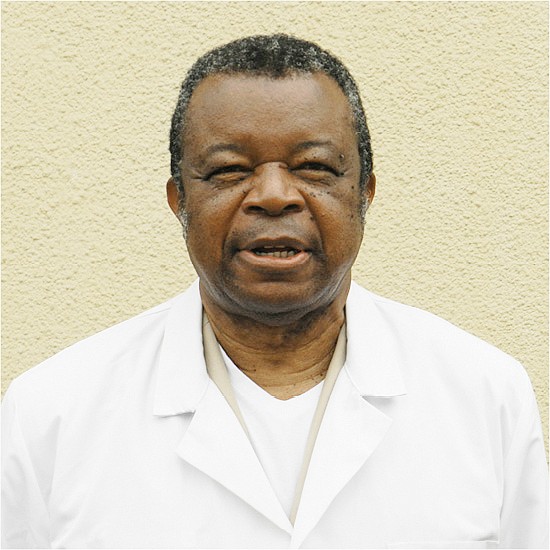 The antibody-based treatments will now be offered to all patients in the Democratic Republic of Congo.

Psychologically, Dr. Muyembe said, news of a cure could change the course of the outbreak, which is the worst of the 10 that Congo has endured.

After years of war and genocide, residents of Eastern Congo are deeply distrustful of the government in the capital, Kinshasa. Rumors have spread that Ebola does not exist, or that treatment teams steal blood and body parts for witchcraft. Treatment centers have been shot up or burned down.

“Now that we can say that 90 percent can come out of treatment cured, they will start believing it and developing trust,” Dr. Muyembe said. “The first ones to transmit this information will be the patients themselves.”

Dr. Muyembe, 77, whom Dr. Fauci referred to as a “true hero,” has been fighting Ebola since it first appeared in 1976 in the nation that was then known as Zaire.

“He is a unique and courageous African health leader,” said Peter Piot, professor of global health and director of the London School of Hygiene & Tropical Medicine, who first met Dr. Muyembe at Yambuku, a village in northern Democratic Republic of Congo, the center of the 1976 Ebola outbreak.

“He stayed in Congo during decades of very turbulent history and succeeded in maintaining scientific excellence and integrity throughout. He has trained several generations of much-needed physicians, microbiologists and public health workers in DRC. He is a role model for many of us.”

The epidemic, which was declared a public health emergency last month, has infected about 2,800 known patients, killing more than 1,800 of them, according to the World Health Organization.

The new experimental treatments, known as REGN-EB3 and mAb-114, are both cocktails of monoclonal antibodies that are infused intravenously into the blood. The drugs are most effective when used as treatments for patients with low levels of Ebola in the bloodstream, according to the peer-reviewed journal “Nature.”

Both drugs are made in the United States. REGN-EB3 is made by Regeneron Pharmaceuticals of Tarrytown, N.Y. Dr. Fauci’s institute, which is part of the National Institutes of Health, developed mAb114 and licensed production last year to Ridgeback Biotherapeutics, a Miami company.

The two new therapies were among four tested in a trial that has enrolled almost 700 patients since November. The two worked so well that a committee recommended that the other two treatments, ZMapp, made by Mapp Biopharmaceutical, and remdesivir, made by Gilead Sciences, be stopped. All patients now will be offered either Regeneron or the Biotherapeutics drug.

Dr. Fauci paid tribute to all of those involved in the trial in four towns in the Democratic Republic of Congo: Beni, Katwa, Butembo and Mangina. NGOs, including International Medical Corps and Doctors Without Borders, “put their lives on the line every day to care for patients in extremely difficult conditions in the area where the outbreak is occurring,” he said.

Decades ago, Dr. Muyembe pioneered the use of survivors’ blood serum — which contains antibodies — in order to save patients. The two experimental treatments descend in part from his original research.

The Regeneron treatment — the one with the best results — was added to the clinical trial at the last minute only after reconsideration by a WHO panel of experts, the company said.