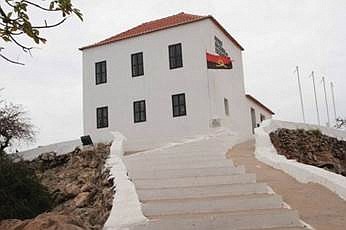 If the United States has 35,000 museums, a writer asked in 2014, why is only one about slavery? And if the wealth of this country was built on the backs of enslaved people from Africa, why has that story been vastly under-reported in our media, in our schools and in our political discourse?

The first question was asked by John J. Cummings III, a retired lawyer who redeveloped the Whitney Plantation outside New Orleans as a memorial to the enslaved. The second question is being examined today by writers, artists and citizens from various perspectives.

Today, more than half a dozen museums in the United States are devoted to the story of the trans-Atlantic slave trade, slavery and the complicity of the North. Since the publication last month of a New York Times feature, “The 1619 Project,” articles, essays and performance pieces also are exploring and debating the subject.

“The 1619 Project is a major initiative observing the 400th anniversary of the beginning of American slavery. It aims to reframe the country’s history, understanding 1619 as our true founding, and placing the consequences of slavery and the contributions of black Americans at the very center of the story we tell ourselves about who we are,” the New York Times piece begins.

Similarly, in the southwest African nation of Angola, an exhibition about the slavers who sent hundreds of thousands of Africans across the Atlantic to a bitter life of hard labor is drawing visitors by the hundreds.

The National Museum of Slavery is in Morro da Cruz, far from the hustle and bustle of Luanda, Angola’s capital. Its quiet presence belies its dark past. Founded in 1977 by the National Institute of Cultural Patrimony, its objective is to depict the history of slavery in Angola.

The building is located on the former property of Álvaro de Carvalho Matoso, one of the largest slave traders on the African coast in the first half of the 18th century. Mr. Matoso died in 1798, and his family and heirs continued in the slave trade until 1836, when a decree by Maria II of Portugal prohibited the export of slaves from the Portuguese empire.

The structure adjoins the 17th century Capela da Casa Grande, where enslaved people were baptized and given Christian names before being put on slave ships for transport to the Americas.

Most of the city’s African population was enslaved. Although Portugal abolished slavery in Angola in 1878, forced labor within Angola continued well into the 20th century.

“We learned our history from books written by the Portuguese,” acknowledged writer Mayra de Lassalette, “and these books never hinted at the difficulties, the resistance, the frustrated efforts to rebel against slavery or the impact it had on the country.

“Angola’s past depended on oral tradition — very common in Africa. But the tradition comes with a risk, because history belongs to the one who tells it.

“‘Slavery was a bad thing,’ a young girl told me,” said Mayra. “We Africans don’t like to remember bad things.

“And we Angolans suffer many of them,” added the writer, “from slavery to colonization and civil war.”

Another initiative by UNESCO is the online Slave Route Project whose aim is to remedy the general ignorance on the history of Africa by reconstructing it — and re-reading the history through purely African perspectives or more objective views of scientists or researchers.