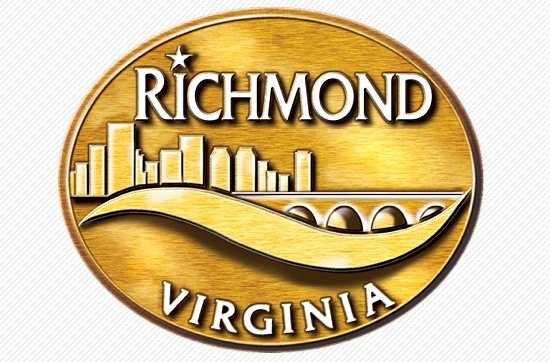 New twists occurred this week in the ongoing saga of the Navy Hill District Corp. proposal to replace the Richmond Coliseum.

On the political front, a five-member majority of City Council forced at least a two-week delay in the formation of an advisory commission that is to spend 90 days reviewing the proposal. They did so by rejecting a proposed slate of seven people to join the commission that already has an approved chair and vice chair, and insisting that the president of Virginia Union University be named as one of the members of the panel despite Dr. Hakim J. Lucas’ public endorsement of the project. 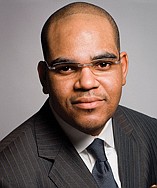 On the legal front, Paul Goldman, the leader of a drive to get an advisory referendum on the ballot so voters can register their opinion, got a little help from the Richmond Electoral Board. He also offered a compromise plan to the Richmond Circuit Court to work with the city voter registrar to check 2,079 petition signatures he claims were wrongly rejected in violation of state law and the U.S. and Virginia constitutions.

At City Council’s informal meeting on Monday, Councilman Michael J. Jones, 9th District, and Councilwoman Ellen F. Robertson, 6th District, led the push to seat Dr. Lucas on the Coliseum review panel based on the claim that the recommended slate included only three black members — not enough in their view.

Neither Dr. Jones nor Ms. Robertson — or anyone else on City Council —proposed an African-American to serve as chair or vice chair of the commission.

Dr. Jones and Ms. Robertson lobbied for Dr. Lucas’ inclusion on the commission after receiving calls on behalf of Dr. Lucas from a group of 20 black pastors of Richmond churches, most of whom live outside the city, including the leader, the Rev. F. Todd Gray of Fifth Street Baptist Church.

The two council members insisted on Dr. Lucas even though they and other council members were aware that Richmond’s daily newspaper published an opinion piece on Dec. 9, 2018, endorsing the Navy Hill development proposal that was written by the company’s public relations consultant and signed by Dr. Lucas and Virginia State University President Makola M. Abdullah.

The newspaper has acknowledged that it later added other signatories to the online version after learning that Dr. Lucas and Dr. Abdullah had no hand in writing it.

Councilwoman Kim B. Gray, 2nd District, who led the charge to create the commission, said she couldn’t understand the effort to get an openly biased person seated on a panel whose members were supposed to be impartial.

Ms. Gray said the slate includes a racially diverse group of men and women who are experienced in the fields of development, real estate, procurement and other areas as the council had stipulated.

Dr. Jones insisted that Dr. Lucas could set aside professed support and join the other members in analyzing the numbers. “I know he can do that,” Dr. Jones said after the meeting. “I do it all the time.” But he offered little explanation of what development expertise Dr. Lucas would provide, other than his leadership of a university.

According to court documents, before coming to VUU, Dr. Lucas was involved in a financially ruinous $300 million dormitory development at Bethune-Cookman University in Florida. He and other former executives of the university are being sued for saddling the private Florida school with a project the university has said it cannot afford.

Dr. Lucas has denied any wrongdoing.

The council didn’t vote on any of the commission members. Joining in delaying the appointment of the commission until council’s meeting on Monday, Sept. 23, were Council President Cynthia I. Newbille, 7th District; Andreas D. Addison, 1st District; and Chris A. Hilbert, 3rd District.

Mr. Hilbert said that despite his vote, he is still “very unlikely to support this (Navy Hill) project,” repeating a statement he made publicly Aug. 14 and that the Free Press later published. As a veteran underwriter of real estate deals, Mr. Hilbert said he has not seen anything that would change his opinion that the deal is too risky, includes projections that are too optimistic and does not take into account the potential for a recession.

On the legal front, Richmond Chief Circuit Judge Joi Jeter Taylor still has not set a hearing on Mr. Goldman’s contention that city Voter Registrar Kirk Showalter wrongly disqualified 2,079 signatures on petitions to put a referendum on the Navy Hill project on the Nov. 5 ballot.

In a fresh attempt to move the process forward, Mr. Goldman submitted a motion Tuesday afternoon asking Judge Taylor to order Ms. Showalter to work with him to go over the disqualified signatures to determine whether at least 400 could be identified as valid to allow the referendum on the ballot.

Tuesday night, the three-member Richmond Electoral Board, led by attorney James M. Nachman, voted to send a letter to the judge urging her to allow signers who now have different addresses than those listed on the voter rolls time to submit a change of address form so their signatures can be counted.

The vote came after Ms. Showalter acknowledged that many of the signatures she disqualified were because of a “mismatch of information,” basically a different city address, that prevented her from concluding the person signing was on the voter rolls.