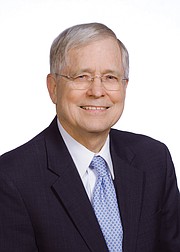 The proposal calls for the immediate construction of a 527-room hotel and a number of blocks of housing, retail and office space in the TIF district. When these projects are completed, nearly all taxes levied on them for real estate, sales, professional license and other purposes also would be reserved to pay off the arena construction bonds.

Fifty years ago, cities were destroying their downtown areas, hoping to make them look like suburbs in order to rescue the urban economy. In large part, these “urban renewal” projects imposed on the fragile, condensed streetscapes of down- towns failed. The clearance of minority housing, the scouring of streetscapes, the building of parking decks and vast arenas that are dark 90 percent of the time and the discouragement of safe pedestrian life and businesses that serve daily retail needs proved devastating to urban success and helped drive suburban escape.

But today, Richmond’s Downtown is scarce and valuable. All over the nation active pedestrian downtowns are reviving in high demand. Cities fortunate to have preserved earlier streetscapes are seeking to infill vacant blocks and rebuild their pedestrian grid and invest in public transportation and street life. Local businesses and entrepreneurs spring up around every corner. Cities such as Charleston, S.C., have proven that a historic downtown, unmolested, can be a powerful attraction.

“There’s something so passé about creating a city of pavement,” one citizen observed. Downtown Richmond’s vacant blocks are indeed ripe for development, but not for another coliseum. The present Coliseum site is a hot site not for an arena, but for desperately needed retail. It will connect the new and old Jackson Ward, knitting the city fabric together once again.

Stimulating Downtown real estate values and building genuinely affordable housing Down- town seem to be contradictory goals. By economic necessity, much of the “affordable housing” proposed for the Navy Hill arena project is actually designed for persons whose income is at least $40,000 or $50,000. A more successful strategy will be to use the taxes collected on high-dollar Downtown real estate to support more humane family housing in more affordable locations.

The developers of the Navy Hill project assert confidently that there is an immediate market for both a new convention hotel and new residential, entertain- ment, retail and office space in Richmond’s Downtown. Other developers are making proposals as well. The city should hurry up and scrap the Navy Hill arena, do proper planning and encourage development north of Broad Street to proceed immediately.

There are other exciting possibilities. A new Navy Hill High School of Government and Equity on a Downtown campus with Reynolds Community Col- lege would give us a flagship school for internships in government — a fitting memorial to the original Navy Hill School and community — and a center for our dual enrollment students. A retail center where the old Coliseum is located would serve the growing Downtown population and visitors to the new convention center hotel.

If further incentive for development is needed, a simple trackless tram up and down 8th and 9th streets between Jackson Street and the James River would provide incentive and solve Downtown’s uphill and downhill problem.

The value of this Downtown real estate, and the taxes collected on this development, can and should be devoted immediately to Richmond Public Schools and to subsidize Richmond housing. If the city’s predicted debt capacity is added, this would enable from $400 to $500 million to be spent on schools and housing before 2030 in time to serve the present generation of children. This is exactly what the city needs and wants.

The 17,500-seat arena, if anyone wants to pay for it, may be built elsewhere in the city or counties and with other funds.