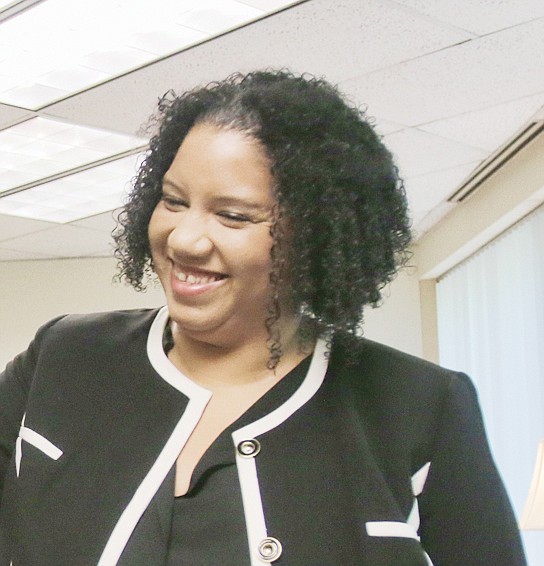 As the coronavirus stalks the city, more people are turning to the Richmond Department of Social Services for help.

This is the agency that handles applications for food stamps, intervenes when tensions boil over in families with children and is called on to investigate when an elderly person is preyed upon.

But just when the department is likely to be needed most, it appears to be in distress.

According to Richmond Social Services Director Shunda Giles, as of March 20, the department had 115 vacancies in funded positions that it was struggling to fill.

That’s four times the 28 vacancies in social services positions that the city Human Resources Department reported in October, according to a quarterly report on vacant city positions submitted to Richmond City Council.

While concern about short staffing has increased during this time, it turns out that the department has been under staffed for at least five years, according to three department insiders who spoke to the Free Press on condition of anonymity. It’s just been getting worse, they said.

Staff has been leaving faster than the individuals can be replaced, the insiders said. Staff members are fed up with low pay, long hours and less than desirable working conditions, they said.

Indeed, in 2017, the agency’s internal problems were brought to the attention of new Mayor Levar M. Stoney, who met with department employees during his first summer in the post. As one of the sources said, and the others confirmed, “He listened to our complaints, he said he understood and that he would take care of it. But nothing happened. Nothing changed.”

it receives. Currently, aside from state grants, the city department receives 84.5 percent of its $57.3 million general fund budget from a state allocation and 15.5 percent from the city.

According to a financial report Budget Director Jay Brown provided to City Council on Feb. 14, the state will cut $3.1 million from its allocation to the city department because the money didn’t appear to be needed. In the previous five years, dating back to the 2015-16 fiscal year, the department has not fully spent its state allocation, the report noted.

Even with the cutback in state funding, the report stated that the department is projected to end the current fiscal year on June 30 with a $2.35 million surplus because of the large number of vacancies that are reducing its personnel cost.

Ms. Giles said that pay is a serious problem that has not yet been addressed and that is impacting the agency’s ability to respond.

She said the agency then becomes a training ground for other area social services departments that are offering higher pay.

Ms. Giles is hopeful that an increase in the pay ranges for social workers, which was included in the state budget, will remain intact, although the impact of coronavirus on state revenues has created uncertainty.

On March 5, as the coronavirus became more of threat, she laid out the pay problem to City Council’s Education and Human Services Committee, which had begun hearing concerns about the department’s ability to handle children in foster care because of staff vacancies.

Ms. Giles acknowledged that the department’s foster care section is short-staffed, creating more cases for fewer workers. She noted that is a problem throughout the department, with fewer people having to shoulder a workload that ranks among the top in Virginia for a local department.

Ms. Giles told the committee led by 4th District Councilwoman Kristen N. Larson that the current average annual pay for a skilled benefits technician to handle applications for food stamps and other benefits is $41,286.

Of the 64 employees currently engaged in that area, she noted that 32 make $40,000 or less annually while another 26 employees are making less than $46,800, the midpoint on the pay scale. Only six workers make more, she stated.

New hires, who are offered starting pay of $37,400, require nine to 12 months of additional training to handle the details of benefits, she stated.

The Free Press has been told the teams that handle benefit applications have only half the number of staff needed. One result is that Richmond continues to fall short of the state-mandated target of process- ing 97 percent of applications by specific deadlines.

Meanwhile, the department also has been hemorrhaging family services workers who are key to child and adult protective services and other services related to families.

According to Ms. Giles, the average salary for a family services specialist III is $48,305. The midrange is $57,300, but none of the 57 employees in the position make that much, she reported. All but seven earn less than $50,000 a year, she told the committee. And training a new worker can take six to 18 months, she stated.

In response to a Free Press query, Ms. Giles stated because the city pays less that other localities, “a vast number of our staff have secondary employment, with alternative work schedules.”