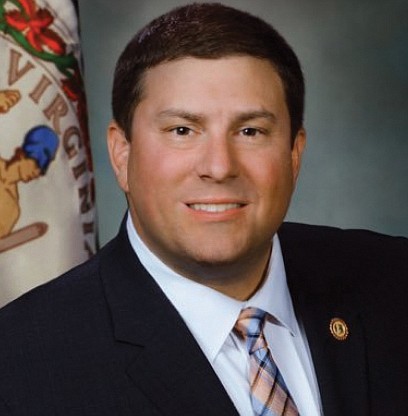 Every year, more than 2,300 special education students — 20 percent — are awarded essentially worthless diplomas when they graduate.

That is one of the key findings of a new report showing that, despite substantial improvements, significant flaws remain in the state’s K-12 education program for disabled students – particularly Black children — that leaves many ill-prepared for life after school.

Issued Monday, the 132-page report from the watchdog Joint Legislative Audit and Review Commission buttresses concerns from parents and the federal government about a Virginia educational program that costs $2.6 billion a year. That’s about 15 percent of the $16 billion that is poured into the state’s public schools yearly in local, state and federal funds.

State Sen. Janet Howell of Fairfax, vice chair of the commission, called the report “devastating” after listening to a summary that outlined ways in which state and local school divisions have yet to meet requirements to provide a “free, appropriate public education” to disabled students.

Dr. James E. Lane, the state superintendent of public instruction, pledged to implement the recommendations that do not require a change in state law or additional resources. He also defended the Virginia Department of Education’s work, noting the department and its special education staff have received the U.S. Department of Education’s highest rating for improvement outcomes for students with disabilities for the last seven years.

Rich in data and straight-forward in its approach, the JLARC report is the second this year to call attention to problems in the state’s handling of special education. A few months ago, the U.S. Department of Education sharply criticized the Virginia department for its failure monitor local school divisions’ handling of parental complaints. It also directed the state education agency to make changes.

The “applied studies diploma” appears to be a prime example of the problems JLARC detailed in providing a blueprint of reform, including 27 recommendations to the General Assembly and the VDOE.

The diploma was created by the General Assembly as a way to show that disabled students had finished high school and had met “certain requirements prescribed by the Board of Education pursuant to regulations.”

But those requirements never have been established, JLARC found in its first review of special education in 36 years.

The result: The diploma is not accepted by community colleges or state-supported four-year colleges and universities. Students who receive the diplomas still have to take and pass a high school equivalency GED test to enroll.

The report also found that parents often are blindsided to learn — after their child has entered high school — that this is the only diploma for which their student can qualify.

“Families are not sufficiently made aware of the limitations of the applied studies diploma,” JLARC determined.

It also found that Black disabled students are more likely than white peers to be steered into that diploma track.

According to the report, a search of the VDOE website found “almost no information available” on the diploma. It also wadiscovered that two large school divisions imply that a student with this diploma “can get into any program at a community college, which is not the case.”

Between 2008 and 2018, the percentage of disabled students earning recognized diplomas climbed from 38 percent to 61 percent, the report stated.

Most concerning, JLARC found, is that only 52 percent of Black disabled students earn recognized diplomas, 13 percentage points below their disabled peers of other races.

In addition, JLARC found transitional planning for disabled students who will be leaving high school is haphazard at best and is frequently not provided in local school divisions despite being required.

More students with disabilities are passing state Standards of Learning tests than was the case 10 years ago, but the achievement gap is still huge. In the 2018-19 school year, state data show only 51 percent of disabled students passed math SOLs and only 43 percent passed reading SOLs, well below the average for non-disabled students.

For students with multiple disabilities, the results were even more dismal, the report stated.

One reason for that, the report found, is that teachers are often unprepared for disabled children. Even though 95 percent of disabled children take regular classes general education teachers and school administrators rarely have the training in special education skills and end up suspending and expelling students at twice the rate of non-disabled students.

In the 2019-20 school year, only 303 teachers with a specialty in special education graduated from Virginia’s colleges and universities at a time when there were 1,200 vacant positions.

Even though that shortfall is common knowledge, JLARC found that the VDOE “does not know how many special education teachers there are in Virginia” because it does not collect “basic information” that would help raise awareness and allow officials to begin to address the critical shortage.

JLARC also found that the state collects self-reported information from the 132 school divisions on the services provided to disabled students, but almost never checks to determine if the “services are actually provided.”

Such failures of monitoring and oversight lead to inconsistent and often poorly prepared individualized educational programs, or IEPs, for disabled students, according to the report.

“About one-third of a sample of IEPs reviewed by JLARC staff lacked a description of the student’s academic or functional needs and one-quarter did not describe either the effect of the disability on the student’s educational performance,” the report stated.

At the local level, officials often do not understand and are untrained in the development of IEPs.

The report also raised concern about the enrollment of students in special education, finding a wide variation in the percentage of students enrolled by division that could not be “explained by differences in the size of school divisions or by local poverty rates.”

The report found that, in one division, a student can be rejected for special education services while another child with same problem can be accepted in another division. The variance, according to JLARC, is due to insufficient state guidance and the state's use of vague and unclear terms in the eligibility criteria, leaving each school division to make up their own interpretations.