Spotlight on 2019 Astorian of the Year 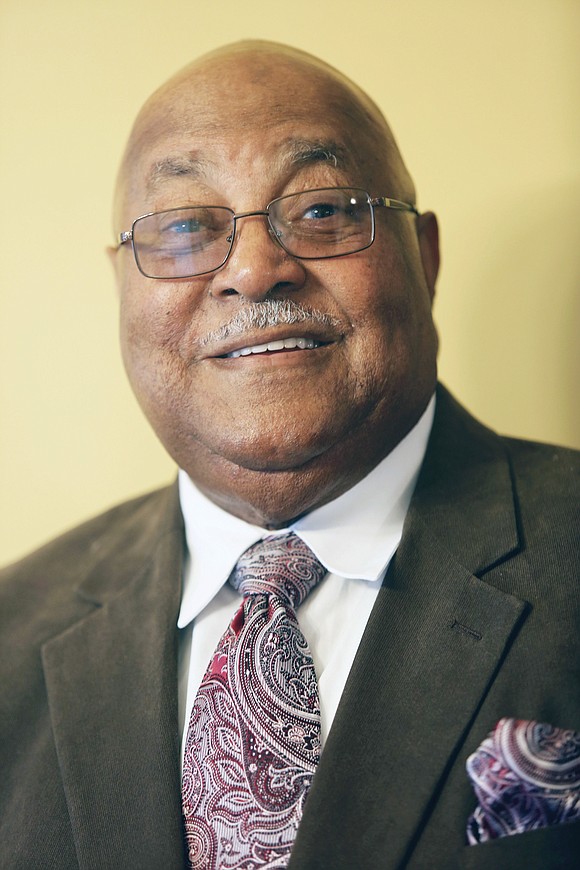 An award from one of Richmond’s oldest African-American organizations would be an extraordinary honor for just about anyone.

For Edward Ganon Hamlin Jr., his award reaffirms his close connection to a group that has helped him “define what a man should contribute to a community organization.”

Mr. Hamlin, a 73-year-old Portsmouth native, was recently named 2019 Astorian of the Year by the Astoria Beneficial Club, a 117-year-old organization that works “to inspire outstanding men from every walk of life to higher moral, intellectual, civic and social standing.”

Created in 1901 by 22 African-American men, the club works “to make Richmond a community of hope and coop- eration today and tomorrow,” according to the website.

The club has 65 to 85 active members dedicating their time, resources and experiences to the cause of advancing African-American standing in the Commonwealth’s capital.

Their past successes include promoting equal pay for Richmond Public Schools teachers, advocating for voter rights and voter registration, and boosting African-American participation in civic affairs.

The club has erected statues to Richmond heroes, including one to tap-dancing great and movie star Bill “Bojangles” Robinson, whose statue stands at the intersection of Adams and Leigh streets where Mr. Robinson once paid to install a traffic light. The club also erected a statue on Brown’s Island paying tribute to the African-American boatmen who piloted canal boats and were critical to the commercial development of the James River.

The club also annually gives college scholarships to high school seniors and contributes to a variety of African- American groups and institutions, ranging from the NAACP to the United Negro College Fund and Virginia Union University.

Mr. Hamlin has participated in some of these and other club initiatives in the more than 30 years he has been a member, including serving as president from 1997 to 1998.

During Mr. Hamlin’s tenure as president, he also served as chairman the club’s Special Projects Committee and was involved in organizing the club’s annual “Bojangles” celebration program.

For Mr. Hamlin, the Astorian of the Year award is the latest reminder of the work he has done for the club and the community.

An Air Force veteran, Mr. Hamlin joined the club in 1987, motivated by a desire “to belong to an organization of distinction and value that gave back to the community.”

More recently, Mr. Hamlin has been part of the club’s Parental Assistance Lead- ership Service program, a men- toring program for city schoolchildren. Through the program, he has read to and served as a lunch buddy for students at Fairfield Court Elementary School.

Mr. Hamlin also is working to support the endeavors of current club President Wayne Rachel Sr. He also is part of efforts by the club to recruit new, younger members with new ideas who can help push the organization while continuing to be “inspiring in any way that we can to do great things for the Richmond community.”

Latest honor: Selected 2019 Astorian of the Year by the Astoria Beneficial Club.

What this award means to me: I felt honored and grateful for all the things that I just wanted to do without thought.

What motivated me to become an Astorian: I wanted to belong to an organization of distinction and value that gave back to the community.

Astoria is important to me because: It helped me to define what a man, a gentleman, should contribute to a community organization.

Most successful project you worked on for Astoria Beneficial Club: As a past president, I chaired the Special Projects Committee and worked on the Bill “Bojangles” Robinson annual program that highlights him and the statue our club erected in his honor. The statue is located at Adams and Leigh streets in Jackson Ward.

How long I’ve been a member: More than 30 years.

Club’s mission: To inspire outstanding men from every walk of life to achieve a higher moral, intellectual, civic and social standing.

Number of members: Between 65 and 85 active members.

Membership requirements: Must be a registered voter and have a clean background record.

How I start my day: With prayer, thanking God for allowing me to witness another day and a cup of coffee.

A perfect day for me is: When I hear that all is well with my family and friends.

How I unwind: Sitting in my favorite chair thinking of my favorite memories of my life with my family and friends.

Something I have done that most people would never imagine: Stayed in the Air Force for 22 years and kept my family with me through it all.

A quote that I am inspired by: “To accept the things I cannot change, to change the things that I can and to have the wisdom to know the difference.” — From the Serenity Prayer.

The best thing my parents taught me: To treat everyone with love and respect.

The book that influenced me the most: “To Kill a Mockingbird” by Harper Lee. I always remember this sentence: “The one thing that doesn’t abide by majority rule is a person’s conscience.”

If I’ve learned one thing, it is: To do the best job I can for any task that I do the first time.

My next goal: To lay the foundation for my grandson to be a a good man by being a role model for him in terms of respect, trustworthiness, accountability and self-discipline.