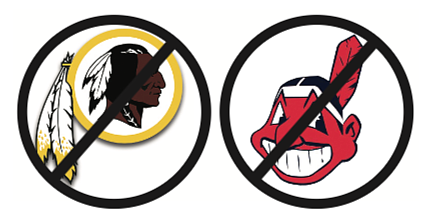 More than a dozen Native American leaders and organizations sent a letter to NFL Commissioner Roger Goodell on Monday calling for the league to force the Washington NFL team owner Dan Snyder to change the team name immediately.

The letter, obtained by The Associated Press, was signed by 15 Native American advocates. It demands the team and the NFL cease the use of Native American names, imagery and logos — with specific importance put on Washington, which last week launched a “thorough review” of its name.

The team’s decision to review the offensive name came in the wake of FedEx, which paid $205 million for naming rights to the team’s stadium in Landover, Md., and other corporate partners calling for the team to change its name.

Just hours after the Washington team announced its review, the Cleveland MLB team announced that it, too, will review their long-debated name, which has been in place for 105 years.

“We are committed to making a positive impact in our community and embrace our responsibility to advance social justice and equality,” the baseball team said in a statement July 3. “Our organization fully recognizes our team name is among the most visible ways in which we con- nect with the community.”

(The Richmond Free Press has long advocated for the Washington NFL team to drop its racist moniker that is held to be offensive by Native Americans. In an October 2013 editorial, late Free Press founder and publisher Raymond H. Boone detailed that the newspaper was “expunging” the name from its news and editorial columns. Mr. Boone wrote at the time that the name was both insulting to Native Americans and divisive. The racist moniker has not been used in Free Press news and editorial content since that time.)

The letter signed by the advocates was delivered to the Washington team on the same day that President Trump voiced his opposition to any name change by the two teams. In a tweet, he criticized the pro sports teams, saying they “look like they are going to be changing their names in order to be politically correct.”

According to their letter, the groups “expect the NFL to engage in a robust, meaningful reconciliation process with Native American movement leaders, tribes, and organizations to repair the decades of emotional violence and other serious harms this racist team name has caused to Native Peoples.”

The NFL did not immediately respond to a message confirming receipt of the letter. Mr. Goodell last week expressed support for Mr. Snyder’s review process of the name.

Mr. Snyder had been steadfast against changing the name on several occasions since buying the team in 1999.

But pressure has mounted for the name to go. Last week, sponsors FedEx, PepsiCo, Nike and Bank of America released statements saying they requested a change, and several online stores removed the team’s gear. Nike announced last Friday it would no longer sell Washington NFL team products on its online store, followed by Walmart, Target and Dick’s Sporting Goods, which announced this week that they are ceasing sales of Washington merchandise as the team evaluates the name.

“We believe it is time for a change,” PepsiCo said.

FedEx CEO Frederick Smith also is a minority owner of the Washington team.

The sudden flood of sponsors coming out against the name prompted the organizational review announced Friday.

“This process allows the team to take into account not only the proud tradition and history of the franchise but also input from our alumni, the organization, sponsors, the National Football League and the local community it is proud to represent on and off the field,” Mr. Snyder said.

The killing of George Floyd by a Minneapolis police officer in late May sparked protests and a nationwide debate on racism. That conversation renewed calls for Mr. Snyder to change the name that’s called a “dictionary defined racial slur” by Native American advocates and experts.

“We’ve never been faced with a greater opportunity and moment for this to finally happen,” Echo Hawk said last month.

“Native Americans have been working and fighting on this issue for decades, decades and decades, and I think really talking with different Native American leaders around the country, this is the moment. There’s really no excuse now for this Washington team and for the NFL to do the right thing.”

In 2018, the Cleveland MLB team removed the contentious Chief Wahoo logo from its game jerseys and caps. The grinning, red-faced mascot, however, is still present on merchandise that can be purchased at Progressive Field and other team shops in Northeast Ohio.

While nothing has been decided yet, Clevland’s decision to at least discuss the possibility of a name change is new.

“We have had ongoing discussions organizationally on these issues,” the baseball team said. “The recent social unrest in our community and our country has only underscored the need for us to keep improving as an organization on issues of social justice. With that in mind, we are committed to engaging our community and appropriate stakeholders to determine the best path forward with regard to our team name.”

“While the focus of the baseball world shifts to the excitement of an unprecedented 2020 season, we recognize our unique place in the community and are committed to listening, learning and acting in the manner that can best unite and inspire our city and all those who support our team,” the club said.

Before their name was changed in 1915, a nickname picked after sports writers solicited readers, Cleveland’s baseball team was called the Forest Citys, the Spiders, Blues, Bronchos and Naps, a name to honor Hall of Famer Nap Lajoie.