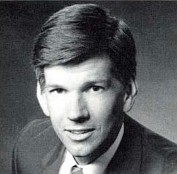 The request was filed Tuesday. No date for a hearing has been set on whether Judge Bradley B. Cavedo overstepped his authority.

The action followed a July 9 hearing at which Judge Cavedo, the silver-haired, 18-year court veteran who lives on Monument Avenue near the former site of the statue of Confederate Gen. J.E.B. Stuart, used his authority to stop the city from taking down the last remaining statue.

That statue, located on North Side, is to traitor and slavery-defending Confederate Gen. A.P. Hill, whom the judge termed “an American war veteran.”

Mayor Stoney, who already had 11 other Confederate statues and symbols removed, had said that the city had no plans to immediately remove the statue at Hermitage Road and Laburnum Avenue as sits over the general’s tomb.

Parts of three tarp-covered Confederate statues are visible from Interstate 95 outside the city Wastewater Treatment Plant located off Maury Street in South Side. The globe that sat behind the statue of Confederate Matthew Fontaine Maury on Monument Avenue appears to be under one tarp.

Judge Cavedo’s 60-day injunction is largely symbolic as City Council is using a new state law granting authority to remove racist symbols of the Confederacy and plans to vote to do so on Monday, Aug. 3, with Gen. Hill’s statue on the list.

Still, Judge Cavedo’s action appeared to be far over the top to those observing in the courtroom. He has drawn the attention of the Virginia Legislative Black Caucus, which never raised an objection during the three times he has won General Assembly election to the bench, most recently in 2019.

The injunction is just the latest action Judge Cavedo has taken to block removal of the Confederate icons. Last month, he blocked Gov. Ralph S. Northam from removing the towering state-owned statue of the Confederate’s top military commander, Gen. Robert E. Lee, from Monument Avenue claiming that the governor had no authority to do so.

In the city case last week, Judge Cavedo took the action on behalf of an unidentified plaintiff who was listed only as “Anonymous.”

As the city’s lead lawyer, Robert M. Rolfe, noted in court, the plaintiff proffered no evidence that he was suffering irreparable harm or met any of the other requirements state and federal courts impose to issue what is called “an extraordinary remedy.”

Mr. Rolfe cited a long-standing state Supreme Court precedent that requires a plaintiff to show a particular harm, not just a general objection to a government action — in this case, the mayor’s use of his authority as the city’s director of emergency management.

Unfazed, Judge Cavedo rejected that argument by declaring he was not bound to follow state Supreme Court precedents in his courtroom. He then found that Anonymous, represented by an attorney from Bedford in Western Virginia, had standing to sue and was suffering sufficient harm to justify a restraining order.

Rumors quickly began circulating that Judge Cavedo, himself, is Anonymous and arranged for an attorney from outside Richmond to take the case on the condition that his identity would not be revealed.

Though no evidence has surfaced to support such a claim, Judge Cavedo did not seek to disguise his fury at Mayor Stoney for using emergency powers to take down the statues in an effort to prevent demonstrators from trying and hurting themselves in the process, but failing to use those powers to prevent the demonstrators from damaging businesses and property largely during the first three days of the protests.

Appearing to violate his oath to be impartial, Judge Cavedo lectured Mayor Stoney, who sat silently in front of him. The judge said the statues were not the problem, but the mayor’s failure to maintain law and order.

The judge said police officers told him that they were under orders not to arrest those demonstrating against racial injustice and police brutality, spurred the killing of George Floyd by a Minneapolis police officer.

The judge seethed about demonstrations outside the John Marshall Courts Building to protest eviction hearings, describing them as invasions.

The only evidence in the case — what was uncontradicted —was presented by the city and the mayor’s attorney, Jeffrey Breit. Both city Public Works Director Bobby Vincent and city Emergency Communications Director Stephen M. Willoughby testified that the demonstrations have calmed down since the removal of the Confederate statues.

Some saw the hearing as exposing the real Judge Cavedo, the son of a Richmond dentist and who largely enjoyed a life of white privilege.

Forty-three years ago, as a senior at the University of Richmond, he wrote a column for The Collegian, the student newspaper, titled “What Does U.S. Life Offer Me?”

Published in the April 14, 1977, edition, Judge Cavedo wrote that he planned to leave the country because he could not abide the growth of powerful government agencies that were in- terfering with his life, notably the Federal Trade Commission, the Food and Drug Administration and the Environmental Protection Agency.

He cited the U.S. Department of Health, Education and Welfare as reaching “into the heart of our freedom over the way we arrange our lives.”

While he has a reputation as a good judge, defense attorney David Baugh said he is not surprised about Judge Cavedo’s actions in this case, calling it in character.

He said Judge Cavedo is notorious for siding with the commonwealth when it comes to crime and punishment. “I’ve had lawyers ask for my help with a case” in order to force Judge Cavedo to recuse himself and get another judge to hear the case, he said.