Slave memorial and museum gets jumpstart under mayor’s plan 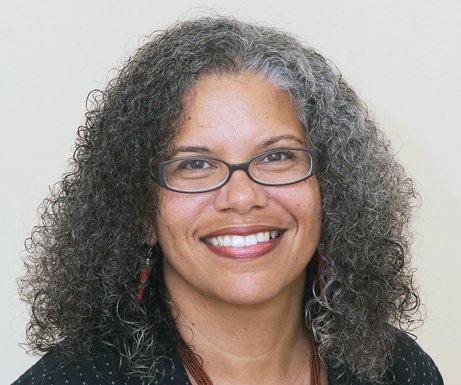 A long-stalled effort to develop a museum and memorial park in Shockoe Bottom to tell the story of enslaved people in Richmond seems to have gained fresh momentum, but that could quickly evaporate.

Mayor Levar M. Stoney on Tuesday rolled out a plan that calls for the city to invest $53.5 million over the next five years into the creation of the museum and park. That includes an immediate investment of a previously undisclosed $3.5 million to begin design.

But despite cheers from advocates and supporters like Ana Edwards, Phil Wilayto, City Council President Cynthia I. Newbille and Richmond Delegate Delores L. McQuinn, Mayor Stoney might not command the six votes he will need from the nine-member City Council to move the $3.5 million into the project.

His aim is to use the money to jumpstart future development of a museum, memorial park and African-American burial ground between 15th and 17th streets adjacent to Broad and Grace streets — once an epicenter of the slave trade.

Mayor Stoney’s proposal to use those city dollars, though, appears to conflict with the action a City Council majority took just one day earlier. By a 5-2 vote on Monday with two abstentions, the council, including Dr. Newbille, passed a resolution that puts the highest priority on using any unspent or extra dollars from the city budget to help deal with a mounting housing crisis for low-income residents.

Sixth District Councilwoman Ellen F. Robertson, who sponsored the housing resolution, said people must come first even if she supports the mayor’s vision. “People are sleeping in cars and storage bins,” she said.

2nd District Councilwoman and mayoral candidate Kim B. Gray has long backed the effort to tell the Shockoe Bottom story of the enslaved, but she said there are too many other needs that must come first. She cited as an example failing sewer pipes in Gilpin Court that in recent days backed up waste into public housing units.

The city should turn to local corporations and other donors to carry out the Shockoe Bottom plan, Ms. Gray said. Given the financial problems the coronavirus could create for the city, “it would not be prudent” to launch this kind of initiative with scarce dollars.

Fifth District Councilwoman Stephanie A. Lynch said the mayor has put the council in a tough spot, but she, too, believes housing has to come first.

The $3.5 million represents unclaimed dollars from tax sales that are initially held by the Richmond Circuit Court for two years. After all of the city’s expenses are paid, including back taxes, the remaining money belongs to former owners of the sold property, but reverts to the city if no one asks for it. The city has been receiving between $1 million and $2 million a year, according to the court.

Mayor Stoney, however, considers it important to create a centralized area to tell the story of the turmoil, resistance, resilience and triumphs of the Black community.

“Black lives built this city. Black lives have defined Richmond’s history. They matter,” said the mayor. “The story of Black lives should span our skyline, our landscape and our textbooks accordingly.”

Ms. Edwards and her husband, Mr. Wilayto, have spent 16 years lobbying for this kind of investment. She said the memorial park area the couple envisioned years ago is included for the first time.

Since 2015, Richmond has earmarked $17 million for the slave history development, including $9 million in reimbursable funds from the state. The city already has spent more than $2.5 million on planning, but has not been able to proceed on a project that would need an estimated city investment of $50 million.