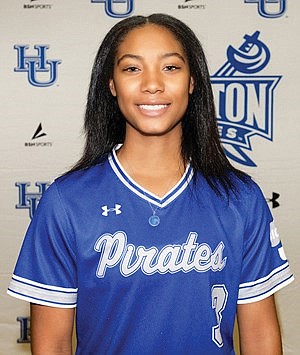 Mo’ne Davis, who became famous pitching a baseball, is now making her mark on the college softball diamond.

Wearing the No. 3 jersey, the 5-foot-4 Davis plays second base and hits ninth in the batting order. Swift afoot, she has stolen five bases in eight attempts.

In 2013, Davis became a national celebrity in the Little League World Series in Williamsport, Pa. She became the first girl in the history of event to throw a complete game shutout.

Davis went on to play basketball, soccer and softball at Springfield Chestnut Hill Academy, a private all-girls school in suburban Philadelphia before enrolling at Hampton.