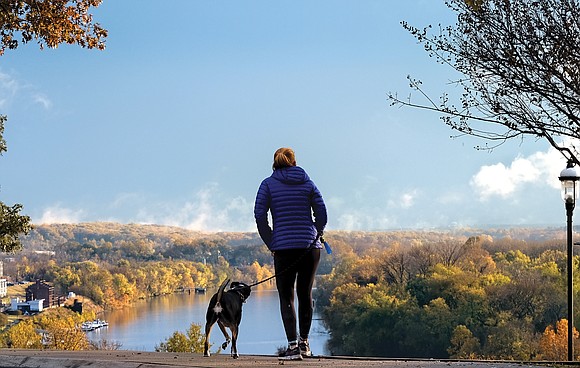 The newspaper was recognized with 13 awards, including three first-place awards, in the annual Virginia Press Association competition in writing, photography, news presentation and advertising.

The awards recognize work published in 2019, and typically are announced at the VPA’s annual banquet in early April. But because of the coronavirus pandemic, the ceremony scheduled to be held in Roanoke was canceled. Instead, newspapers across the state announced their winners on April 30.

The contest was judged by members of the Illinois Press Association.

Free Press staff photographer Sandra Sellars won first place in the pictorial photo category for large, non-daily newspapers in Virginia. Her winning photograph from last November was a Cityscape showing a woman and her dog pausing to take in a scenic view of the James River from an overlook in Libby Hill Park.

Jeremy Lazarus, Free Press vice president for news enhancement, won first-place awards in two categories — breaking news and education writing. The breaking news award was for a story on the sudden firing of Selena Cuffee-Glenn, the former chief administrative officer for the City of Richmond, in mid-September.

The education writing award was for three stories, including one published last May about 280 Richmond Public Schools students being disqualified from graduation because they had not met the state standards for a diploma. Another, published in June, was about a Spanish teacher who alleged her ouster from Lucille Brown Middle School was tied to blowing the whistle on students’ failing grades being changed. The third story, published in December, centered on the vacant old Moore Street School building deteriorating as plans for its future use languished.

The VPA plans to announce major awards, such as the Out- standing Journalist of the Year, in the fall at an in-person or virtual event.