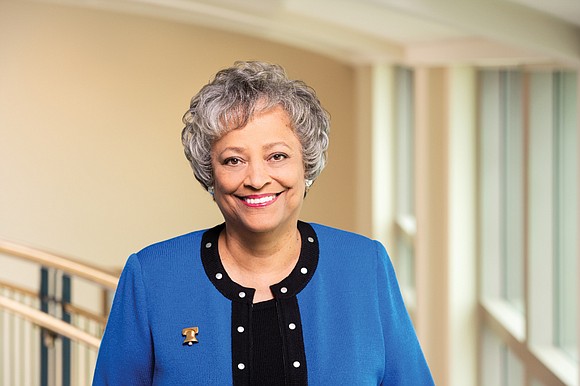 Richmonders across the political spectrum are joining forces in trying to persuade people to keep their distance to help mitigate the spread of the deadly COVID-19 virus that has taken the lives of more than 700 Virginians.

Kay Coles James, who was raised by her mom in Richmond’s Creighton Court public housing community, graduated from John Marshall High School and Hampton University, is taking a break from her usual role as an outspoken Republican political activist to focus on the COVID-19 pandemic, she said in a recent Free Press telephone interview.

“My goal is to keep people alive,” said Ms. James, chair of the National Coronavirus Recovery Commission. “It will take all of us together to come out of this.”

As of Wednesday, there were more than 1.2 million confirmed cases of the coronavirus in the United States, with more than 71,000 deaths.

Ms. James is president of The Heritage Foundation, a conservative think tank based in Washington. She created the foundation’s National Coronavirus Recovery Commission in April.

“We need to let the science and data rule,” said Ms. James, suggesting her political peers “put partisan politics aside” and work to mitigate the impact of the pandemic.

She said saving lives and livelihoods go hand in hand.

In addition to working from home and practicing social distancing, Ms. James said she has been in daily contact with peers, talking with public officials, offering insights to Congress, the White House and others across the United States and abroad.

“We know they are listening,” said Ms. James, noting that she and the 16 other commission members have been in contact with House and Senate members for input.

Ms. James has used the commission as a platform for broadcast and online public service announcements aimed at curbing the spread of the coronavirus. She is telling people of the importance of following advice from public health officials, including keeping at least 6 feet from others, staying at home as much as possible for an indefinite time and abandoning the practice of gathering in groups of 10 people or more.

In many parts of the state and nation, people have started to ignore the restrictions and appeals as the virus continues to spread and kill.

Ms. James echoed medical experts and scientists in saying that the disease strikes without regard for race, creed, color, income, ethnicity, religion, education or gender.

Ms. James, who served as Virginia’s secretary of health and human resources under former GOP Gov. George Al- len, also was chosen in April by President Trump to serve on his Great American Economic Revival Task Force. The task force of industry executives and leaders has been called upon by the president to offer their ideas for restarting the nation’s economy.

The national unemployment rate has jumped in a matter of weeks as companies have shut down and laid off or furloughed workers during the pandemic. Some 30 million people have filed claims for unemployment assistance.

Ms. James acknowledged the range of economic issues underlying the ailing economy —from health care for low income and poor people to badly needed wage boosts — and said there is time to discuss them.

She said some people think fixing the economy and addressing basic social needs in society are separate issues. “We don’t believe it’s an ‘either or’ situation,” she said. “We want to take the ‘or’ out” of the discussion, she said.

“Failure is not an option,” she said, noting she is worried about people ignoring the health warnings and risking a second wave of the virus.

“We tend not to trust medical doctors and institutions,” Ms. James said, adding she talks with people “all the time and they don’t believe it’s serious.”

“The message is to protect the people you love,” Ms. James said.