Andre Harrell, who founded Uptown Records and launched many careers, dies at 5 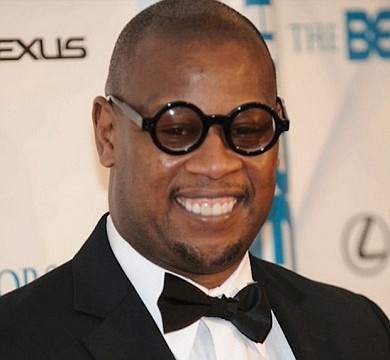 NEW YORK Andre Harrell, the Uptown Records founder who shaped the sound of hip-hop and R&B in the late 1980s and 1990s with acts such as Mary J. Blige and Heavy D and also launched the career of mogul Sean “Diddy” Combs, died Thursday, May 7, 2020. He was 59.

“Everyone in the REVOLT family is devastated by the loss of our friend, mentor and Vice Chairman. Andre’s impact on Hip Hop, the culture and on all of us personally has been immeasurable and profound. May he Rest In Peace.” Roma Khanna, CEO of REVOLT Media & TV, said in a statement.

He first found success in the late 1980s with debut albums from Heavy D & the Boyz, Al B. Sure! and Guy, the R&B trio that also included megaproducer Teddy Riley, the leader of the New Jack Swing movement.

In 1990, Diddy entered Mr. Harrell’s office. He received an internship at Uptown and quickly rose through the ranks after finding success with just-signed acts, including R&B group Jodeci and Ms. Blige, who was dubbed the Queen of Hip-Hop Soul with the release of her 1992 debut, “What’s the 411?”

Diddy often credits Mr. Harrell with giving him the tools to find success in music and life, even saying Mr. Harrell was like a father figure to him.

“Andre Harrell influenced me the most and I don’t know if that will ever change,” Diddy said in an interview with HipHollywood.

In 1993, though, Mr. Harrell let Diddy go from Uptown. Mr. Harrell said one of the reasons he fired Diddy was because MCA Records, the label’s distributor, didn’t want to release B.I.G.’s debut album because of its raw and rough subject matter about street life.

“I didn’t want to sit there and be the one confining Puff because the corporation was telling me to do that. I’m not built that way,” Mr. Harrell said in an interview with the Wall Street Journal in 2014. “I told Puff he needs to go and create his own opportunity: ‘You’re red-hot right now. I’m really letting you go so you can get rich.’ ”

Mr. Harrell began working for Russell Simmons at Def Jam in the 1980s, quickly becoming an executive and helping build the careers for acts such as Run-DMC and LL Cool J.

“So many can say they are successful because Andre Harrell gave them their start. He was so beloved because he made his living uplifting others,” Mr. Simmons posted last Saturday on Instagram. “We celebrate him in his passing because we were so blessed for his presence... He gave everything he had. God makes the best plans R.I.P @andreharrell.”

“My heart is breaking and I can’t stop crying. He was an amazing friend and I will miss him forever,” Mariah Carey tweeted.

“He gave you the best soundtracks of your life man and you didn’t even know it. We never gave him his flowers,” he continued. “He redefined the party!”

BET announced it is producing a three-part television series about Mr. Harrell and Uptown Records that will premiere sometime this year.