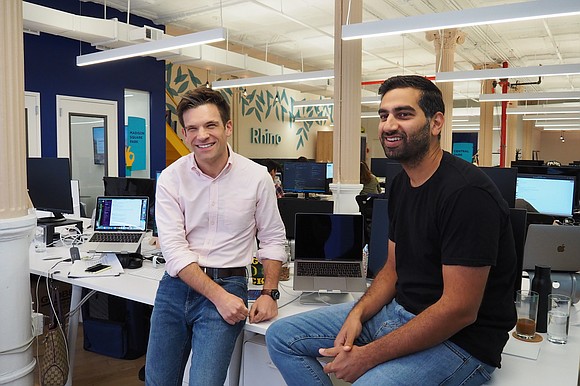 When it comes to renting an apartment, one problem people face is the big outlay.

In addition, they want a security deposit that can add $500 to $1,000 up front to cover any damage or repairs after the tenant moves.

But a new company, Rhino New York LLC has come up with a way to save money for would-be renters.

The company, which calls itself just Rhino, was launched in New York in 2017 and is now spreading across the country, including into the Richmond area.

Instead of a renter having to put down the security deposit, the landlord offers renters an opportunity to take out a Rhino policy. The cost is variable, but can be as low as $5 a month for a unit that rents for $1,000 per month.

In Richmond, Rhino has gained a foothold. The Breeden Co., the area’s largest apartment manager with 7,700 units in 33 properties, including the Village at Westlake in South Side, offers the security deposit insurance policy as an option for its applicants. So does River City Holdings Group, which rents places in Church Hill and South Side.

“This is a win-win situation for tenants and apartment own- ers and managers,” said Mr. Stein, who served as an adviser to Michael Bloomberg during his tenure as New York mayor.

The policy reduces friction, he said. Landlords and tenants no longer have to fight over the return of the security deposit. Instead, if there is damage needing repair or even unpaid rent, the landlord files a claim and the company pays up to the limit of the policy, Mr. Stein said.

Mr. Stein said the need is evident. “Forty percent of Americans do not have even $400 in savings to their name to deal with an emergency.”

He said the online real estate group Zillow has noted that the costs of moving, including the security deposit, are a major barrier to relocation for 35 percent of renters.

Mr. Stein said Rhino’s co-founder and chief executive officer, Paraag Sarva, came up with the idea. As a longtime apartment owner in New York, Mr. Sarva has long been aware of the impact that up-front costs have on potential renters. He named the company Rhino in honor of the huge animal that can knock down barriers.

“That’s what we’re trying to do in the apartment world,” Mr. Stein said.