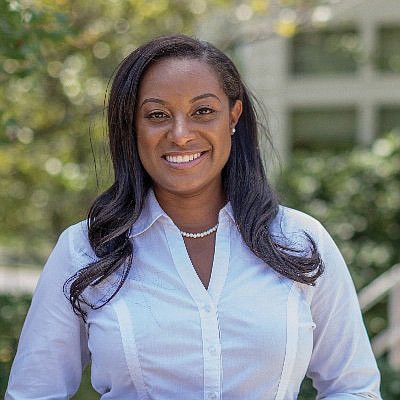 Democratic state Delegate Jennifer Carroll Foy formally launched her bid for Virginia governor Wednesday, using email and social media to make an initial appeal to voters in the era of the coronavirus pandemic.

The two-term lawmaker, who represents Prince William and Stafford counties, said her background would position her to be “a champion for working people” if she is elected the state’s 74th governor in 2021.

Delegate Carroll Foy, 38, was raised by her grandparents in Petersburg, one of the state’s poorest cities. She was one of the first women to make it through the tough discipline and graduate from Virginia Military Institute. She went on to earn a master’s degree from Virginia State University and her law degree from Thomas Jefferson School of Law in San Diego. And she has been a foster parent and served as a public defender.

Known for her steely determination and confidence, she said her experience shows she understands the challenges people face and makes her the right person to correct the problems the current public health and economic crises have exposed.

“I’m running because the status quo in Virginia has left us with a deeply broken system where too many Virginians are working too hard for too little,” Delegate Carroll Foy wrote in her announcement.

In a separate interview, she said, “Folks still can’t earn a decent paycheck, pay off their student loan or get ahead. And so we need a governor who’s going to really speak to those challenges. And I understand them intimately because I’ve lived them.”

She plans to campaign on ensuring all Virginians have quality, affordable health care; fixing what she calls the “broken criminal justice system;” and providing workers with fair wages and paid sick leave.

If she were to win next year’s contest, she would become Virginia’s first woman governor, the first African-American female governor in the United States and the second woman elected to statewide office in Virginia. The first was Mary Sue Terry, who served eight years as attorney general from 1986 to 1993.

Delegate Carroll Foy, if elected, also would be the first member of the House of Delegates to jump to the governor’s mansion possibly since Declaration of Independence writer and slaveholder Thomas Jefferson did it in 1779.

However, she will face a crowded field for the Democratic Party nomination that is expected to include another female colleague from the Virginia Legislative Black Caucus, state Sen. Jennifer L. McClellan of Richmond, who has a longer political résumé and deeper connections in the party. Sen. McClellan, who has pushed much of the same legislation as Delegate Carroll Foy, also would make history if she won.

That is likely to mean a high-profile primary contest to settle the Democratic nomination, and then a tough contest against the Republican contender. Republican state Sen. Amanda Chase of Chesterfield County already has announced her bid, but others are expected to seek the office.

None of that has daunted Delegate Carroll Foy, who will have to give up her House seat to run.

In a biographical video she released Wednesday, she recalled being discouraged from running for the outset, especially when people learned she was pregnant “not with one, but with two babies,” twins who are now 2-year-olds.

“I knocked on thousands of doors with morning sickness and swollen ankles. In order for there to be a trail, there has to be someone who’s willing to blaze it,” she recounts.

Part of a Democratic blue wave in 2017 that flipped 15 Republican-held seats in the Virginia House, Delegate Carroll Foy, who lives in Woodbridge, handily defeated a Republican challenger and then easily won re-election in 2019.

As an attorney who handles court-appointed cases, Delegate Carroll Foy said her work has pretty much come to a grinding halt at a time when many legal proceedings are on hold because of the pandemic. She said she and her husband are “barely getting by, like many Virginians.”

“I want to tell people that I see you,” she said. “We share the same struggles, and I’m willing to tackle those obstacles, and not just through empty promises, but through smart policies and leadership.”

Mr. Goldman, a former Democratic Party leader and veteran political strategist who shaped campaigns for Henry Howell, L. Douglas Wilder and Mark R. Warner, said, if elected in 2021, he would use the post be “an advocate for the people. I would be the first who did not see the office as a stepping stone to the governor’s office. I am not interested in running for governor.”

Instead, he said, he would be an advocate for important policies that could affect the lives of ordinary people, including continuing his push for funding to renovate or replace decaying public school buildings in Virginia.