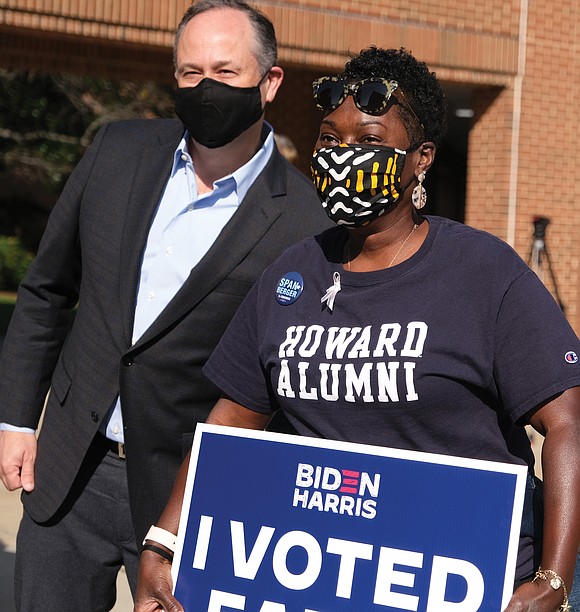 With less than 30 days until Election Day, efforts are in full swing to encourage Virginians to register and vote in the presidential election.

Ms. Brown, a supporter of Sen. Harris and Democratic presidential candidate Joe Biden, was excited because, like Sen. Harris, she is an alumnus of Howard University. Ms. Brown graduated in 1987, a year after Sen. Harris.

Outside the polling place, Mr. Emhoff talked with voters and local and state officials, including former Gov. Terry McAuliffe; state Sen. Jennifer McClellan of Richmond, who is running next year for the Democratic nomination for governor; state Sen. Ghazala Hashmi of Chesterfield; Henrico County Sheriff Alisa A. Gregory; Susan Swecker, chair of the state Democratic Party; and Marques Jones, immediate past chairman of the Henrico Democrats.