What’s at stake, by Ben Jealous 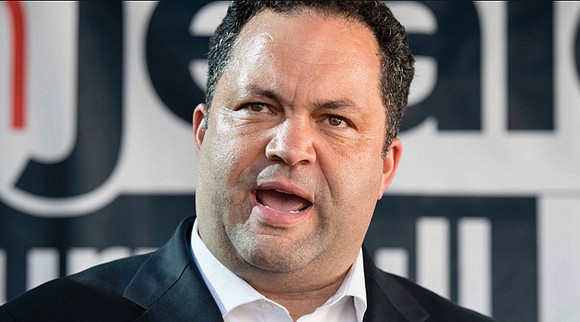 The Republicans’ rush to fill the vacant U.S. Supreme Court seat before the Nov. 3 election is a terrible threat to Black people’s civil rights and the health of our communities.

In her 27 years on the nation’s highest court, Justice Ruth Bader Ginsburg was a champion of civil rights. During those same years, though, Republican presidents and senators moved the court further and further away from its duty to protect racial equity and the rights of working people.

During the Civil Rights Movement of the 1950s and 1960s, we counted on the U.S. Supreme Court to uphold the constitutional principle of equality under law. We have counted on federal courts to enforce the Civil Rights Act and Voting Rights act, federal laws that fi- nally put the force of law behind the idea that Black people are part of the U.S. Constitution’s “We, the people.”

Justice Ginsburg was often a key vote in 5-4 decisions that protected civil rights. And as the right wing took power, she was often a powerful prophetic voice dissenting from abominations like the gutting of the Voting Rights Act in 2013.

As part of a political deal to help him win the White House, President Trump turned over selection of judges to a hard right legal movement that wants to reverse many of the social justice gains of the past century.

Any Trump nominee would be a threat to the causes for which Justice Ginsburg devoted her life.

Judge Amy Coney Barrett believes the Affordable Care Act, or Obamacare, is unconstitutional — and there’s a case coming before the U.S. Supreme Court just a week after the election that will give her and other right wing justices a chance to destroy access to health care and legal protections for people, right in the middle of a pandemic.

In a case that raises alarms about her commitment to racial equity, Judge Barrett voted to deny a hearing to a Black man who worked for a company that assigned staff to different stores based on their race.

If she is confirmed, our ability to count on federal courts to protect our rights will be diminished even further. Yet, this is the Republicans’ top priority, just a month before Election Day, with many Americans already voting to turn out a president who is trying to create a Supreme Court that will protect his agenda long after he is gone.

Here’s what Senate Republicans aren’t doing while they confirm every new judge, no matter how extreme or unqualified, President Trump sends their way:

They aren’t dealing with the COVID-19 crisis that is killing Black and brown people at a far higher rate than white people. And they aren’t providing relief for all the working people driven into economic crisis by the pandemic.

They aren’t taking up the John Lewis Voting Rights Act, which would bring back federal protections for voting rights that were once embraced by politicians from both parties.

They aren’t acting on the George Floyd Justice in Policing Act, which would bring greater accountability to law enforcement and help protect people of color from racist and discriminatory policing.

The push by President Trump and Senate Republicans to pack the U.S. Supreme Court while ignoring the urgent needs of our community and our demands for justice is the ultimate evidence of how important this election is to America, especially to Black America.

Do not sit this one out. Get registered. Make a plan to vote. And vote like our lives depend on it.