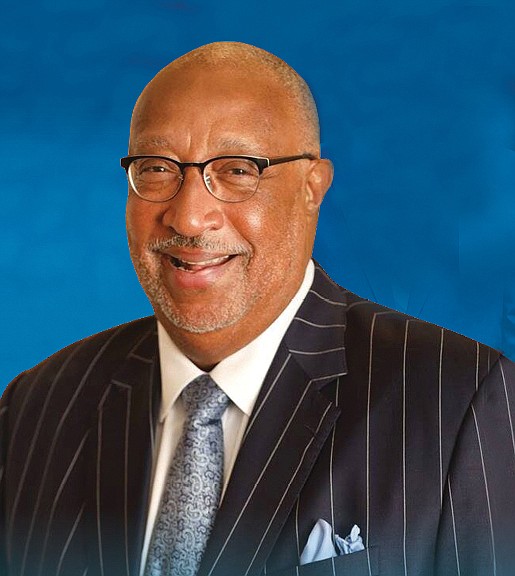 In mid-September, Dr. McPhail learned he had been exposed to someone away from the campus with COVID-19 and quietly went into quarantine, according to Judge James Perry, a retired Florida Supreme Court justice and chairman of St. Augustine’s Board of Trustees.

Dr. McPhail gave the keynote speech on Sept. 17 at the university’s annual fall convocation, but pre-recorded his address instead of giving the speech in person because he knew then he had been exposed to the virus but didn’t know whether he had it, Judge Perry said.

Most of the university’s student body of 1,076 lives on campus, where instruction has been a combination of online and in- person, socially distanced classroom work. A handful of people attended the convocation in person, officials said, but most watched it online.

Judge Perry said that after Dr. McPhail tested positive for COVID-19 and began to show symptoms, he stayed home and took over-the-counter medicines. But the weekend of Oct. 3, he had trouble breathing and was taken by ambulance to the hospital, where he died last week, Judge Perry said.

Judge Perry said that about six to 10 employees who worked closely with Dr. McPhail and were at risk of exposure were tested for COVID-19. One of those people tested positive, was quarantined and is now back at work, he said. No students were exposed, he said.

Students, faculty, staff and community members paid tribute to Dr. McPhail during a short chapel ceremony last Friday before walking to the president’s home and lay- ing red and white roses along a landscape wall outside.

After becoming president of the university, Dr. McPhail, a former chief executive officer of the National Action Council for Minorities in Engineering, told the Raleigh News & Observer newspaper that he believed science-based guidance would lead his students — and the nation — out of the pandemic. He said he would drive around the campus at the end of each workday to see if students were wearing masks and keeping a safe distance from one another. If they weren’t, he said, he would put down the window of his car and gently remind them.

Despite his short tenure, Judge Perry said Dr. McPhail already had made a mark on the school.

He had plans to boost enrollment to 1,000, and of launching an institute on the study of racial disparities to be based at the university, which was founded in 1867 and later launched North Carolina’s first nursing school for African-American students. He had said the pandemic and the recent emphasis on racial and social justice issues in America would be incorporated into coursework.

Raised in Harlem, Dr. McPhail earned degrees from Cornell University, the Harvard Graduate School of Education and the University of Pennsylvania. During a long and distinguished career, he held professorships at Delaware State University, Lemoyne-Owen College and Pace University, and served as a professor of practice at Dr. John E. Roueche Community College Leadership Center at Kansas State University before coming to St. Augustine’s.

According to the university, his work focused on connecting practice, policy and research in language, literacy and culture; post-secondary student success; under-represented minorities in STEM education and careers; and community college leadership.

He also was founder and chief strategy officer of the McPhail Group LLC.

Survivors include his wife, Dr. Christine Johnson McPhail, former president of Cypress College in California and a former professor of higher education at Morgan State University; a son and daughter; and several grandchildren.

A celebration of his life is to be held 10 a.m. Tuesday, Oct. 27, on the grounds outside the university chapel on campus. It also will be livestreamed on the university's Facebook page at www.facebook.com/saintaugustinesuniversity/.