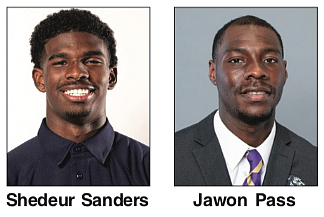 The South Carolina State University Bulldogs have already punched their ticket to the Celebration Bowl.

Jackson State Coach Deion Sanders’ 10-1 Tigers are led by the coach’s son, quarterback Shedeur Sanders, who has passed for 2,971 yards and 36 touchdowns.

His Prairie View counterpart will be quarterback Jawon Pass, who has lived up to his name by passing for 2,582 yards and 16 touchdowns. The Prairie View Panthers are 7-4.

The Celebration Bowl, which pits the champs from the MEAC and SWAC against one another, will be Dec. 18 at the Mercedes-Benz Stadium in Atlanta. At least unofficially, the winner is proclaimed the Black Colleges National Champion.

The Celebration Bowl was not held last year because of the pandemic. This year’s bowl game will be televised on ABC.