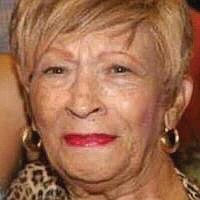 Known for her tart humor and vocal ability, the Richmond native succumbed to illness Sunday, June 20, 2021. She was 82.

The youngest of 13 children, Ms. Banian began her career in education after graduating from Maggie L. Walker High School and Virginia Union University. She taught middle school and high school science courses for more than 20 years, then earned a master’s degree from Virginia State University and became a guidance counselor in 1988.

Ms. Banian guided students at Boushall and Elkhardt middle schools before retiring in 2000.

Along with raising two children with her now deceased husband, Willie L. Garnett Jr., Ms. Banian made choral singing a big part of her life.

She also sang with the Delta Pearls, the choir of the Richmond Alumnae Chapter of Delta Sigma Theta Sorority, of which she was a longtime member.

She also was a member of The Bon Tons, The Anonymous Pinochle Club and the Order of the Eastern Star.