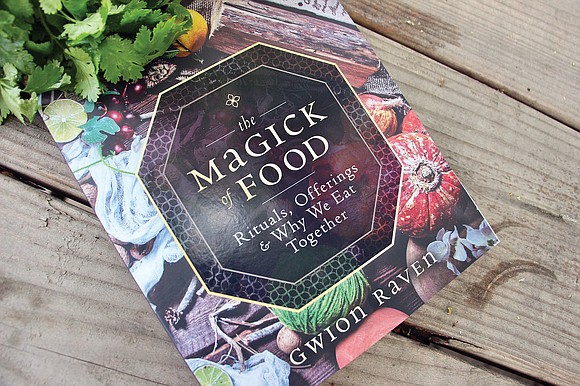 To Lidia Pradas, the summer solstice “always recharges my energy and makes me want to start new projects,” she shared on her popular Instagram account, Wiccan Tips.

Usually, Ms. Pradas celebrates by watching bonfires burn and people jump the fires where she lives in Zaragoza, Spain, she told Religion News Service in an email.

This year, with those gatherings canceled by the continuing pandemic, the Wiccan witch said she’ll probably enjoy the sunrise from her rooftop with some tea and cherry cake. Dandelion tea is her favorite — she picks the flowers and dries them herself, brews them with lavender and dried peach and sweetens the drink with honey.

She has shared recipes for cherry sun cake and for lavender and orange iced tea on Instagram in collaboration with another popular account, Wiccan Cuisine.

“I always feel that this day has a buzzing energy attached to it,” Ms. Pradas said.

The sabbats — the eight major holidays celebrated by Wiccans, witches and other pagans — are tied to the seasons, and their celebrations, like any holiday, often spotlight seasonal foods.

The summer solstice, celebrated this year on June 20 in the Northern Hemisphere, is no different.

“It’s one of my favorite holidays because it’s like pure celebration,” said Deborah Blake, an eclectic witch and leader of the Blue Moon Circle in upstate New York.

Also known as Litha or Midsummer, the summer solstice is the longest day and shortest night of the year. It’s a celebration “of the sun, of fire, and of the bounty of the land,” Ms. Blake explained in her book, “Midsummer: Rituals, Recipes and Lore for Litha.”

It’s a day when some pagans believe the veil between this world and the faerie world is thinnest — think Shakespeare’s “A Midsummer Night’s Dream,” she said.

It’s also a good celebration to share with friends who aren’t “witchy,” she noted. The first day of summer was and is celebrated by people all over the world as a time to take a break dur- ing the easy days between planting and harvest. “After we’ve survived this last year, we definitely all deserve some sort of a feast,” Ms. Blake said. Many pagans celebrate the summer solstice alone or in groups by being outside and building bonfires, according to the author. Sometimes — like last year, when her circle was too fried by the pandemic to focus on ritual and simply thrilled to be together safely — “we actually have a ritual where we don’t celebrate anything more formal than joy,” she said.

The fact that many in the United States have been vaccinated against COVID-19 and that the federal Centers for Disease Control and Prevention has loosened guidance for gatherings and mask-wearing are likely to add an “extra layer of meaning” to this year’s celebrations, she said.

But, Ms. Blake said, “We basically say the ritual is just an excuse for the feast. The spiri- tual stuff is great, but who brought dessert?”

For any sabbat, featured foods should use ingredients in season wherever people are celebrating, she said. At the summer solstice, that might be tomatoes, strawberries or peaches.

She likes to make a colorful salsa or a salad with sunflower seeds and fresh herbs, which are traditionally collected at the summer solstice — anything bright and full of energy, just like the day.

Many people also drink mead, or honey wine, as part of their celebration because bees, associated with sweetness and abundance, are a symbol of the sabbat.

And if there’s a bonfire, there’d better be s’mores, she said, laughing.

Even if you take the pagan Wheel of the Year out of the equation, “food is just the most natural thing in the world, so of course it’s incorporated in virtually every celebration we have,” said Gwion Raven, a kitchen witch and author of “The Magick of Food: Rituals, Offerings & Why We Eat Together.”

To Mr. Raven, a spicy berry salsa — which he serves alongside boar tacos to celebrate Bacchus, the Roman god of agriculture and wine — screams summer solstice. It combines the cool refreshment of seasonal fruit like blueberries and raspberries with the heat of a jalapeño.

“Throw it on tacos or whatever else you want to eat with it, and know that in that very dish you’re holding the height of summer and the recognition of the dark winter that is to come,” he said.

For pagans, celebrating with a meal is as spiritual as it is natural.

Some, like Mr. Raven, practice kitchen witchery, the daily spiritual practice of making magick in the kitchen, a place where the four elements — fire, water, earth and air — come together. An Instapot becomes a cauldron and a wooden spoon, a wand, he said.

“You’re cooking something that will have an impact on the way somebody moves through the world — super magickal,” he said.

For many pagans, spirituality is tied to nature, and eating local seasonal foods connects them to the earth and with a specific time and place, according to the author.

Many rituals also end with a meal, he said, partly because it’s grounding after the hungry-making work of magick. But there’s also magick in community, in gathering together with others and socializing.

Plus, Mr. Raven said, “The real key to all ritual, to all food celebrations, is that we’re saying this moment at this time of year is sacred and holy because it connects us to something — the height of summer, our power, the fullness of life, all those wonderful things that we connect with summer — and these foods remind me of that.”