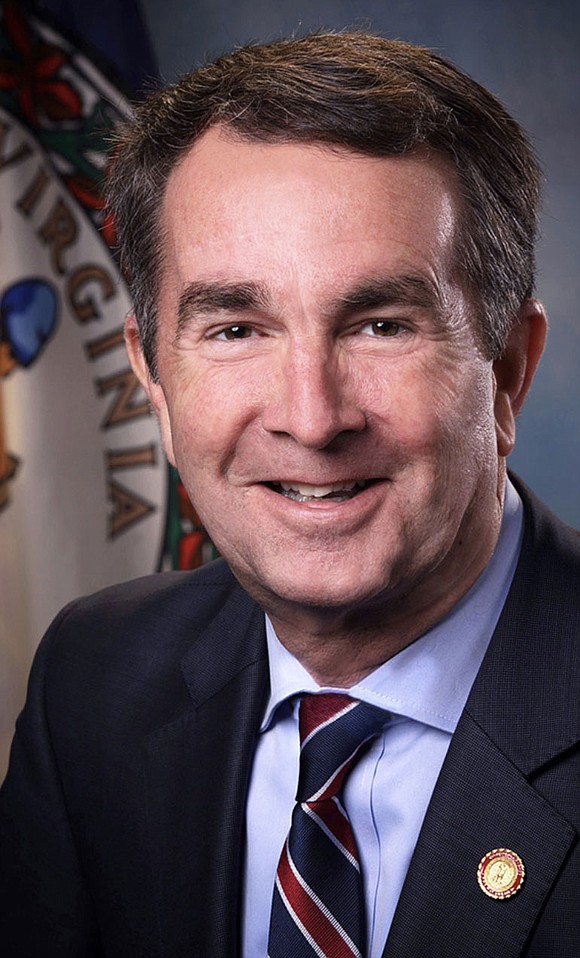 Nearly 70,000 formerly incarcerated felons in Virginia can now register to vote, serve on juries and run for public office.

Gov. Ralph S. Northam on Tuesday used his executive authority to restore the rights of individuals no longer in prison, even if they are still reporting to a parole and probation office.

In the signed executive order, Gov. Northam also provided for automatic restoration of rights for anyone released from prison from now on.

“Too many of our laws were written during a time of open racism and discrimination and they still bear the traces of inequity,” Gov. Northam stated in going further than any of his predecessors in authorizing felons to take part in elections and to participate more fully.

“We are a Commonwealth that believes in moving forward, not being tied down by the mistakes of our past,” he continued. “If we want people to return to our communities and participate in society, we must welcome them back fully — and this policy does just that.”

The action, which boosts Gov. Northam’s restoration of rights to 111,000 people during his four years, helps fulfill a long-standing policy goal of the Virginia Legislative Black Caucus.

The governor’s action is even more striking as it eliminates a longtime barrier to voting in Virginia at a time when lawmakers in 43 states, according to a study, are pushing proposals to impose new restrictions on voting.

The historic move to expand Virginia’s legal pool of voters also occurs just ahead of elections for governor, lieutenant governor and attorney general and for the 100 members of the state House of Delegates.

Gov. Northam’s order follows the Democratic-controlled General Assembly’s passage for the first time of a constitutional amendment to overhaul the provision that bars felons from voting without the governor’s action to restore their rights.

The amendment that would provide for automatic restoration of rights after release from prison must be passed again in the 2022 session and then win majority approval from Virginia’s voters to be enshrined in the state’s Constitution.

Like his predecessor and would-be successor, Terry McAuliffe, Gov. Northam got around a 2016 Virginia Supreme Court ruling by applying his order to 69,045 felons identified through state Department of Corrections’ records rather than creating a blanket order.

Five years ago, the state’s highest court struck down as unconstitutional then-Gov. McAuliffe’s initial attempt to use a blanket approach to restoring felons’ rights. Republicans who controlled both the state Senate and House of Delegates at the time sued to block Gov. McAuliffe’s blanket order.

The Republican effort failed after Gov. McAuliffe and his staff simply switched gears and provided restoration of rights individually. Ultimately, Gov. McAuliffe restored the rights of at least 173,000 people before his term ended in January 2018.

Using that individual approach, Gov. Northam, who is in his final year of office and is barred from seeking an immediate second term, went further than former Gov. McAuliffe dared in applying it to felons still under supervision.

Gov. Northam described it as “unfair” to deprive former inmates of their rights once they have served their time.

“Probationary periods can last for years. But that’s also time in which a person is living in the community, rebuilding their lives,” he stated. “They should be able to exercise those civil rights, even if they are still under supervision.

“Letting these folks vote or exercise other civil rights isn’t a threat to public safety,” Gov. Northam said in seeking to deflect expected criticism from Republicans and others who consider the action bad policy.

Now running to serve as the state’s chief executive again, Mr. McAuliffe was quick to commend Gov. Northam for taking action to rid the state of the felon voting ban that he stated was put in place to “disenfranchise Black Virginians.”

Mr. McAuliffe, who has said he is proudest of his work to restore voting rights while governor, called restora- tion “a moral and civil rights issue that speaks to the core of who we are as Democrats and Virginians.”

Both of the candidates for attorney general, incumbent Mark R. Herring and Norfolk Delegate Jay Jones, also praised the action.

Kelly Thomasson, state secretary of the Commonwealth who led the identification process of those qualifying for restoration, called the action “a kind of technical change that has a big impact.”

Ms. Thomasson, who also served in the post during the McAuliffe administration after Richmond Mayor Levar M. Stoney resigned to run for the city office, said that the new order is “about treating people fairly and equally.”

Gov. Northam went to OAR of Richmond, a re-entry program based in Scott’s Addition, to announce his plan.

“This change will have a tremendous impact on the people we serve,” she stated. “OAR is committed to removing barriers for those who seek to be contributing members of their communities, and we look forward to working with newly eligible individuals to ensure they can and do exercise their restored civil rights.”

Across the country, an estimated 5.2 million Americans are barred from voting because of a felony record, according to The Sentencing Project. The nonprofit has found that 1 in 16 Black men and women have lost their rights, or four times the number of white adults.

Gov. Northam’s action allows Virginia to join 18 other states that allow felons to vote after release from prison, according to the National Conference of State Legislatures. Nineteen other states require convicts to complete probation or parole before regaining their rights.

Only two states, Maine and Vermont, and the District of Columbia never remove the voting rights of those convicted of felonies. In those jurisdictions, prisoners are allowed to vote.

Virginia previously was among a group of 11 states that either ban felons from voting unless the governor restores their rights or simply remove felons’ rights for certain crimes, such as murder.