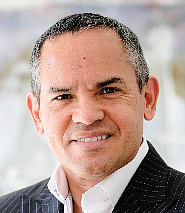 So the attorney from Northern Virginia is ready, willing and able to mount a legal challenge to Richmond City Hall over its casino selection process, most notably the city’s insistence that state and city procurement laws do not apply in this case.

Mr. Cotto, who spearheaded the bid from the Golden Nugget Hotel and Casinos that has been eliminated from the casino competition, claims the city had no authority to ignore procurement laws that would have granted Golden Nugget “an administrative process from which to seek redress or appeal.”

He has taken his complaint to the casino-regulating Virginia Lottery, which declined to intervene. The lottery cited the new state casino law that gives the city sole control of the selection of its preferred casino operator.

Mr. Cotto also has appealed to state Attorney General Mark R. Herring to investigate the city’s action. But a month later, he said he has yet to hear back from the state’s chief legal officer.

He told the Free Press this week that his only choice is to file a lawsuit to allow a court to decide whether the city’s process is legal. He said he will file an action in Richmond Circuit Court later this month that could potentially disrupt the city’s efforts to send a casino recommendation to city voters for approval.

“This is a matter of principle,” said Mr. Cotto, who has practiced law for 30 years and made procurement one of his specialties. In his view, “There cannot be a procurement which is not subject to procurement rules and procedures.” He said the purpose of this, according to the state law, is to prevent fraud, corruption and arbitrary decision-making.

“I’ve lost bids before,” Mr. Cotto said, but “I’ve always gotten a debriefing. I wasn’t always happy with what I was told, but at least I had my day. This time, I was told there would be no debriefing (as to why Golden Nugget’s proposal was rejected), and that is a first in my experience.”

City officials have not responded to a Free Press request for comment. The city’s policy is not to comment on pending litigation or matters that could wind up in court.

Mr. Cotto seems confident he has a strong case. He noted that other procurement specialists he consulted have agreed with him. He also pointed to the casino law and noted the Virginia Legislature did not include any language exempting the city from the state purchasing statute or the procurement ordinances in Chapter 21 of the City Code.

He said the city, by ignoring those laws, has eliminated bidders’ rights to due process, which he called a fundamental element of public procurement.

City Hall is promoting a casino-resort as a potential bonanza that would yield 2,000 well-paying jobs, minority business supplier opportunities and $30 million or more a year in new tax revenue. The city is facing a tight timetable to secure approval.

First, the city’s internal evaluation panel must recommend a finalist to develop a casino-resort at a specific site, which is expected later this month. Then City Council must approve the selection.

Then the city’s choice must pass muster with the Virginia Lottery, which has 45 days to conduct its preliminary review. Finally, the city needs to secure a Richmond Circuit Court order to get the recommendation on the Nov. 2 ballot for voter approval before early voting begins on Friday, Sept. 17. Pending litigation of the kind Mr. Cotto is contemplating could prevent the court from issuing such an order.

Mr. Cotto is involved as a partner and principal of year-old Bet on Gaming Holdings LLC, which teamed with Golden Nug- get on the losing bid. He has emerged as a possibly disruptive factor to the approval schedule as the debate grows more heated over the proposal from The Cordish Companies, one of the two finalists remaining in the competition.

Cordish’s proposal to build a casino on the Bow Tie-Movieland site in North Side has drawn opposition from 14 civic organizations fearful the casino would boost traffic congestion, crime and other problems. Opponents also have been been posting criticism of the cozy relationship that one of the company’s principals, Reed S. Cordish, had with the Trump administration and members of the Trump family.

Meanwhile, public support appears to be growing for the other finalist, Urban One, which has proposed to develop its casino-resort in a commercial area near the Bells Road exit off Interstate 95. In the past two weeks, two South Side civic groups, including Richmond Highway Neighborhood Civic Association, have announced support.

Mr. Cotto also listed two other concerns that he plans to include in his suit.

First, he noted that City Hall’s announcement on March 24 that the six casino groups that bid had been winnowed to three finalists was issued two weeks before the conclusion of the city’s publicly advertised public engagement on all of the proposals through virtual meetings and online comment opportunities.

Second, he said the stated reason for the elimination of the Golden Nugget, a seasoned casino owner, operator and developer, was invalid.

Mr. Cotto provided a copy of a March 25 email from Leonard Sledge, the city’s development director and the contract officer for the casino procurement, notifying him that the Golden Nugget was disqualified.

In the email, Mr. Sledge cited the fact that Golden Nugget did not have site control of its preferred South Side location and did not provide a timetable for selection of an alternate site.

Mr. Cotto said that neither is required by the request for proposals the city issued, a legal document by which it is bound. He said Golden Nugget did provide a timetable and added that if Golden Nugget had been selected, it would have had multiple options of sites the city could support, including city-owned land.

However, he said because the city is ignoring procurement laws, Golden Nugget has no means to challenge the decision.