No justice, no peace, by Julianne Malveaux 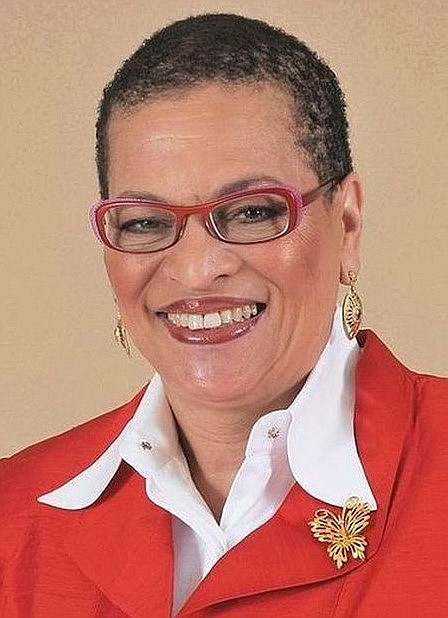 As of this writing, more than 200 Palestinians and 10 Israelis have been killed in the conflict in Gaza. A few days before the conflict began, the Biden administration approved a $735 million weapons sale to Israel. With his power waning, Israel’s scandal-plagued prime minister is likely to say that Israel needs weapons to defend itself against Hamas. But the imbalance in the casualties suggests that Israel is more likely to have been the aggressor than the victim.

Israeli people will say that Hamas started the conflict, but the conflict has its roots in the establishment of Israel in 1948 and the Israeli occupation of Palestinian lands. There will be no peace in the Middle East until the land question is settled, with Palestinians getting justice and respect.

But Israel has a lock on U.S. foreign policy, and too many Jewish people say that criticism of Israel makes you anti-Semitic. There is no anti-Semitism in wanting justice for Palestinian people, but some people, fearful of being called anti-Semitic, are silent in the face of injustice.

Of course, there should be a cease-fire, and of course, the United Nations, President Biden and the U.S. State Department should call for a cease-fire. That’s just a short-term solution, though. There has been conflict in the Middle East since Israel was established and there likely will be conflict until Palestinians feel they have justice.

There seems no interest in justice for Palestinians, no interest, even in peaceful co-existence. The discrimination against Palestinian people in Israel is extreme, and even though Israeli Arabs are a significant portion of Israel’s medical workers, saving Israeli lives, they still face discrimination.

According to the New York Times columnist Thomas Friedman, “Israeli Arab medical workers were essential for enabling Israel’s Jewish citizens to survive the coronavirus. According to official figures, 17 percent of Israel’s physicians, 24 percent of its nurses and 47 percent of its pharmacists are Arabs.” But they can’t get justice.

Of course, the last U.S. president didn’t help matters at all, sending his rookie son-in-law to “negotiate” peace and unilaterally deciding the disposition of Jerusalem. The two-state solution, which many embrace, also has been rejected. The previous administration was so blatantly pro-Israel that they were adding fuel to any burning fire in the Middle East.

The arms sale to Israel is the least of the matter. Israel gets more U.S. foreign aid than almost any other country in the world. What could be done with that money to address domestic ills? And are human rights violations in the Middle East egregious enough that President Biden might be tempted to get the U.S. involved in some military action? Will we be trading our presence in Afghanistan for that in the Middle East? And what do voters think about this?

The good news is that while the political establishment, including President Biden, has tended to embrace Israel, younger Democrats are questioning how our country is so indifferent to Palestinian rights. On May 13, for example, Massachusetts Congresswoman Ayanna Pressley, a member of “The Squad,” said, “We can’t stand idly by when the United States government sends $3.8 billion of military aid to Israel that is used to demolish Palestinian homes, imprison Palestinian children and displace Palestinian families.”

Too bad more members of Congress don’t share her views. Instead, while Congress can object to the proposed weapons sale, they won’t. They’d rather sit idly by and implicitly approve the killing of Palestinian people and Israel’s gradual annexation of Palestinian lands.

The United States was founded by the annexation of Native American lands and built with the exploitation of enslaved people’s labor. No wonder we have not objected forcefully to what is happening in the Middle East.

In some ways, Israel has taken a page from the U.S. playbook in exploiting Palestinians. No wonder so many are silent in the face of these most recent indignities. There will be no peace in the Middle East until there is justice for Palestinians.

The writer is an economist and author.