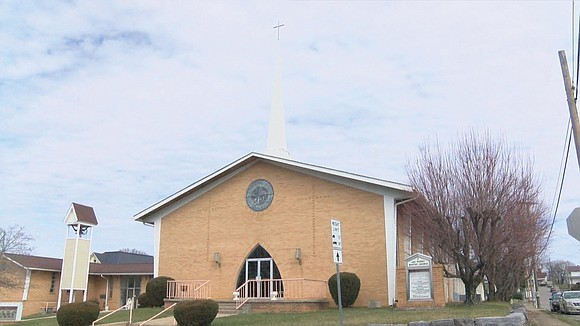 When Rev. Charles Henry Johnson moved in 1890 from Richmond to Bristol, which served as a railroad town, he became the minister of a little wooden church started by 39 freed slaves. A few pastors had come through Lee Street Baptist Church, which was organized 25 years earlier

Rev. Johnson transformed the church, which, according to a news report from more than 75 years ago, had been “in the midst of some confusion.” It quickly became the hub of Bristol’s Black community and, just two years after Rev. Johnson arrived, outgrew the small building. 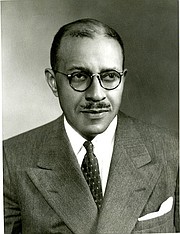 The congregation moved to a new location on Lee Street, which became the church’s namesake.

Two state historical markers honoring the church and Dr. Charles Spurgeon Johnson, the son of the church’s pastor, who was a sociologist, author and civil rights leader, were dedicated during a ceremony Oct. 30 attended by dozens of people despite a cold, drizzling rain.

The markers honoring the church and Dr. Johnson both are located at Cumberland Square Park facing Lee Street. The markers are the first in Bristol to recognize an African-American resident and church.

The Bristol Herald Courier wrote about Dr. Johnson in 2017 and in editorials urged the community to remember the civil rights leader. The articles described Dr. Johnson as “Bristol’s most famous unknown son.”

Mr. Oakley said a group of individuals were meeting at the time to discuss the first Martin Luther King Jr. Day celebration in Bristol and decided that a state historical marker honoring Dr. Johnson was what the city needed.

Jeh Johnson, the former U.S. cabinet secretary, spoke briefly on behalf of the family. He said his family is proud and thankful that the city has worked to install the markers, and they are pleased with the work put into the project. Mr. Johnson identified several Johnson descendants in the crowd during the event.

Dr. Colita Nichols Fairfax, a social work professor at Norfolk State University and mem- ber of the state Board of Historic Resources, which is authorized to designate new historical markers, said she made sure to participate in the gathering. She said she felt a connection with Dr. Johnson’s work.

The Rev. W.A. Johnson, current pastor of Lee Street Baptist Church and no relation to Rev. Charles Henry Johnson, told the Bristol Herald Courier that the church had at least 700 members under the late pastor.

After six decades on Lee Street, the original brick veneer church building, which was weakened by periodic flooding of the adjacent Beaver Creek, was razed. In 1966, the congregation moved into its current building on West Mary Street.

The former church building had “a bigger sanctuary than this church,” Rev. W.A. Johnson said. “Charles Johnson was the one who put it on the map.”

Rev. Johnson’s son, Dr. Charles Spurgeon Johnson, left Bristol to become a prominent sociologist, a pioneer in the field of race relations and the first Black president of Fisk University in Nashville in 1946.

In their book about Dr. Johnson, Patrick J. Gilpin and Marybeth Gasman describe his father as a young and energetic minister, who transformed “the rowdy railroad camp” of Bristol into an “orderly and thriving community.” But charisma wasn’t all that set him apart.

“He was a high-caliber fellow,” Rev. W.A. Johnson said. “He was educated. You didn’t have much of that anywhere in the South in 1890 (after) nearly 30 years of freedom. He was one of the pioneers.”

Rev. Charles Henry Johnson was said to have ended lynchings of Black people in Bristol. His confrontation of a mob, the book’s authors wrote, didn’t save that victim but did prevent a repeat of the injustice.

Rev.Johnson remained pastor of Lee Street Baptist Church for 42 years until his death in 1932.