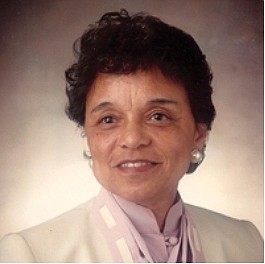 Former Delegate Flora D. Crittenden, a member of the Virginia Legislative Black Caucus who represented Newport News in the House of Delegates from 1993 to 2004, died Tuesday, Nov. 2, 2021.

A native of New York, Delegate Crittenden moved to Newport News as a teen, where she finished high school. She earned her undergraduate degree from Virginia State University, a master’s from Indiana University and later studied at the University of Louisville.

In 1945, she started a career in education at the segregated George Washington Carver High School in Newport News that spanned 32 years. She served as a teacher, guidance counselor and later director of guidance, helping hundreds of students to attend college, including co-signing some loans herself, according to a 2016 biography when she was named a Virginia Women in History honoree.

In 1994, the former Carver High School was renamed the Flora D. Crittenden Middle School in her honor and now serves as a magnet school for mathematics, science and technology.

Active in the community, her church and the local NAACP, Delegate Crittenden was urged by former students to run for public office. Her first foray was for Newport News City Council, where she was elected in 1986 and served a single, four-year term.

In January 1993, she ran in and won a special election to the House of Delegates, where she pushed for improvements in education, public health and public transportation as a member of the Education, Transportation, Privileges and Elections and Chesapeake and Its Tributaries committees.

After a decade in the office, she decided not to seek re-election in 2003.

Delegate Crittenden was the first Black woman to chair the board at Christopher Newport University.

She was predeceased by her husband of 65 years, Raymond C. “Coach” Crittenden, who was a teacher, athletic coach and administrator in the Newport News Public Schools.

A public memorial service will be held at a later date.