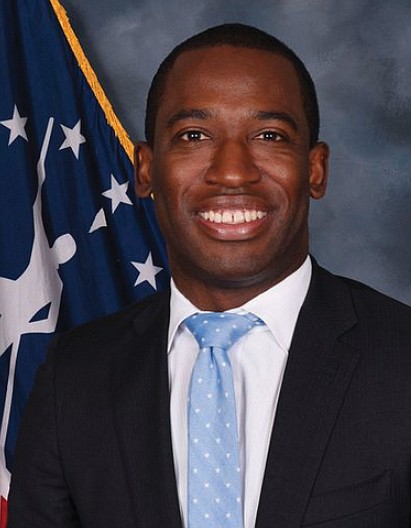 As Mayor Levar M. Stoney proposed, four community recreation centers will get a major chunk of the $155 million flowing into Richmond’s treasury from the federal American Rescue Plan Act.

In a work session Monday, a seven-member majority of City Council signaled support for making the full $64 million investment in the four sites, overruling two members who supported shifting $40 million to other purposes by delaying work on two centers, T.B. Smith Community Center in South Side and Lucks Field in Church Hill.

The action came as the Stoney administration agreed to use ARP money to set up a $1 million cash assistance fund to provide emergency aid to people struggling to get by and to earmark $3 million in ARP money for a revolving loan fund to support small businesses hard hit by the pandemic.

But the development of buildings took center stage. The Smith Center, located on Ruffin Road, is earmarked for a $20 million overhaul and expansion, while Lucks Field, an outdoor sports and recreation site on North 20th Street, would receive its first indoor center at a cost of $20 million, according to the mayor’s plan.

The plan also includes a $20 million expansion and improvement of the Southside Community Center on Old Warwick Road in South Side, and an $8 million investment in the 50-year-old Calhoun Center in Gilpin Court to address major maintenance issues and to repair and reopen an indoor pool that has been unusable for at least nine years.

Christopher Frelke, director of the city Department of Parks, Recreation and Community Facilities, appealed to City Council to keep the full proposal intact. He said the centers would create important community hubs that would offer a wide variety of people-helping services along with recreation.

The council embraced the construction of the new centers despite falling far short, according to city figures, in providing maintenance funds to keep up current city buildings and despite failing, as several members noted, to provide enough money to appropriately staff existing parks and recreation centers.

In addition, the council also endorsed investing another $15 million or so into improvements of James River Park, trail development, green space purchases and city beautification, which the mayor also proposed.

The action at the work session took place as the Stoney administration is poised to introduce to the council next Monday, Oct. 11, the final version of its plan for using ARP funds. The council is scheduled to hold a special meeting on Monday, Oct. 25, to address passage.

The vote would be perfunctory as the administration would not accept any further amendments after the final plan is introduced, Lincoln Saunders, the city’s acting chief administrative officer, noted and to which council members acquiesced.

Among other things, the plan includes $5 million to provide a $3,000 bonus per person for firefighters, police officers, emergency dispatchers and ambulance personnel who were on the front lines during the pandemic.

Mr. Saunders promised to present a plan to provide similar bonuses to trash collectors, social workers and other city employees who have kept operations going during the spread of COVID-19.

The administration secured the council’s backing for investing $20 million into the Affordable Housing Trust Fund to assist developers to create apartments and homes with lower price tags. Also on the list are investments in improved lighting and cameras to bolster public safety and new investments in health.

Council members offered a host of amendments, from expanding broadband service to investing in transportation. Most never got a hearing. But two made it through, with Mr. Saunders agreeing to cut $4 million earmarked for helping homeowners replace lead water lines to fund them.

One is the emergency fund that 5th District Councilwoman Stephanie A. Lynch promoted. She sought $5 million but had to settle for $1 million.

“This will be a pot of money that could be used to help people who are in dire need,” said Ms. Lynch, whose background is in social work. “We’re talking about providing small amounts of emergency funds to people who are living paycheck to paycheck and barely have enough to scrape by at the end of the month.”

Having a fund that could provide “$50, $100 or $200, we can keep people from spiraling down to a place where it takes even more money to assist them,” Ms. Lynch said. “The funds might be used to cover the last few dollars needed to make rent, pay a medical bill, keep a cell phone on, fix a car or address other needs.

“Far more people are struggling than is realized,” said Ms. Lynch, who said she gets calls daily appealing for assistance. “They just need a little help to stay afloat. One example is a cancer patient who is struggling to care for a younger sibling now that the parents are gone and just needs a few dollars at the end of the month just to buy toilet paper and other essentials. There is currently no other assistance available. This kind of fund would allow us to have a real impact on poverty.”

Separately, 1st District Councilman Andreas D.Addison successfully advocated to secure $3 million to restart a revolving business loan fund. He said the allocation would allow the city to tap into a state pool and create a $10 million to $20 million fund, with borrowers repayments being returned to the fund to be available for new loans.