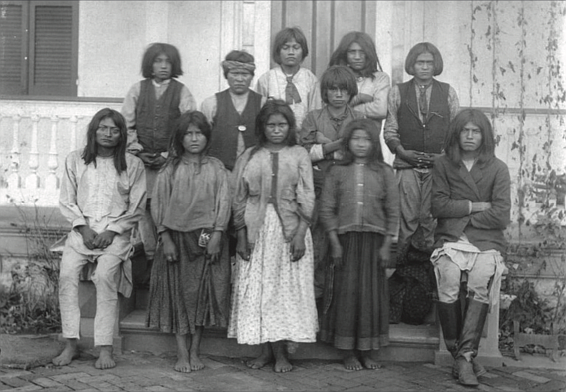 A number of Catholic groups and Protestant denominations are calling for the United States to establish a Truth and Healing Commission to reckon with the country’s history of boarding schools that separated thousands of Indigenous children from their families and cultures during the 19th and 20th centuries.

Their support comes as the Catholic Church and a number of Protestant denominations are beginning to investigate their own roles in those boarding schools, as many were sponsored or operated by religious organizations.

“We ask you to bring the U.S. government into this process by establishing a Commission to look truthfully and fully at the U.S. boarding school policy,” reads a letter signed Sept. 30 by seven different Protestant denominations, denominational agencies and Catholic groups.

U.S. Sen. Elizabeth Warren of Massachusetts and the co-chairs of the Congressional Native American Caucus, U.S. Reps. Sharice Davids of Kansas and Tom Cole of Oklahoma, reintroduced the Truth and Healing Commission on Indian Boarding School Policies in the United States Act earlier that day, which many observed as a National Day of Remembrance for U.S. Boarding Schools.

The commemoration, encouraged by the National Boarding School Healing Coalition and supported by several mainline Protestant denominations, coincided with Canada’s first National Day for Truth and Reconciliation and the Indigenous-led Orange Shirt Day.

Sen. Warren originally had introduced the Truth and Healing Commission on Indian Boarding School Policies in the United States Act last year with then-U.S. Rep. Deb Haaland of New Mexico. Ms. Haaland — now secretary of the U.S. Department of the Interior, which oversaw the country’s boarding schools — since has launched a Federal Indian Boarding School Initiative to compile a thorough account of boarding school policy and its ongoing impact on Native Americans.

The U.S. commission would investigate, document and acknowledge the past injustices of its boarding school policy. It also would develop recommendations for Congress to help heal the historical and intergenerational trauma passed down in Native families and communities and provide a forum for boarding school survivors to share their experiences.